The Wheels on the Bus Go Round and Round

...so I have no intention of regularly covering Lego in this blog (CounterFett already does a good job at that) but I thought this was pretty cool, so I figured I'd throw it up here.  See, years ago I had a 1972 Volkswagen Westfalia camper that was very dear to me: 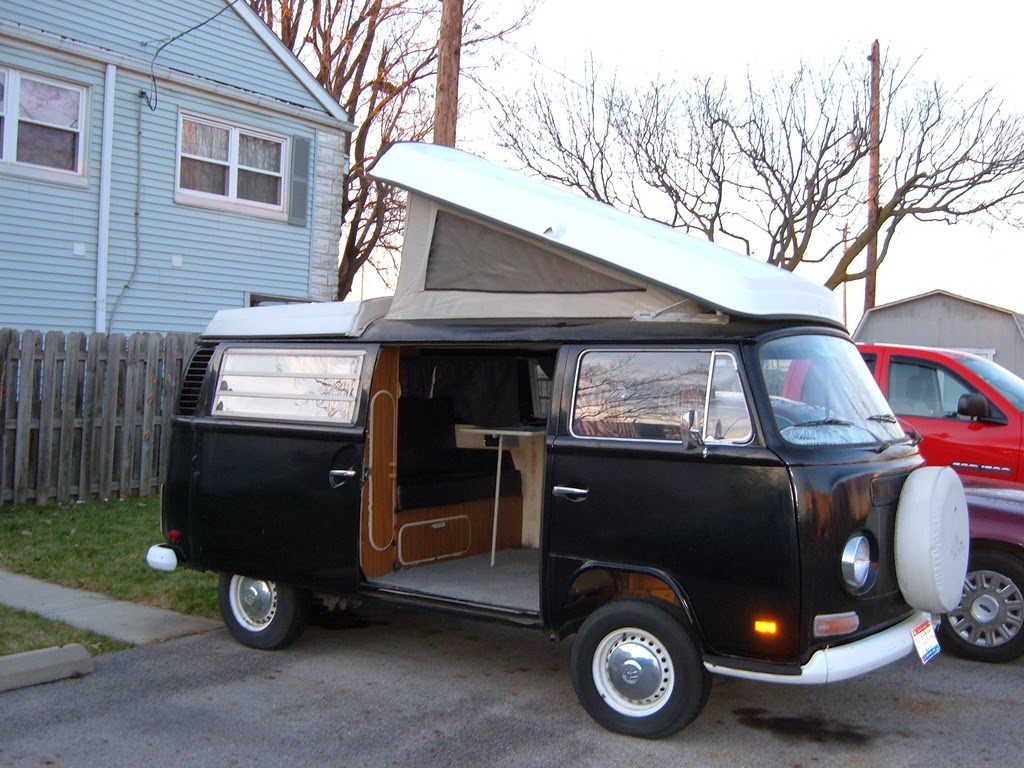 Eventually it became obvious that I had neither the time, space, or money to give it the attention it deserved, so I decided to sell it.  I took some solace in the fact that I sold it to one of the most active members of the local Volkswagen bus owner's club, so I figured at least it would get lots of use.  Unfortunately a few months later, the new owner was driving the bus through the streets of Cincinnati when someone ran a red light and T-boned him, totaling the van.

Regardless, I still love the old VW vans, and hope to own another one someday.  A couple of years ago my Mom was asking my wife what to get me for Christmas, and she tipped her off about this: (There is long history of my Mom giving me Lego sets for Christmas - when I was kid, I always got the requisite clothes (bleargh), some books (which I actually liked, 'cause I'm a nerd), but my "big" Xmas gift most years was one of the large Lego sets.  Usually one of the "Space" -themed sets.  Those were my favorite).

We had recently moved when I got this kit, so it got stored with my hobby stuff in the basement.  I finally got around to building it and had a blast! 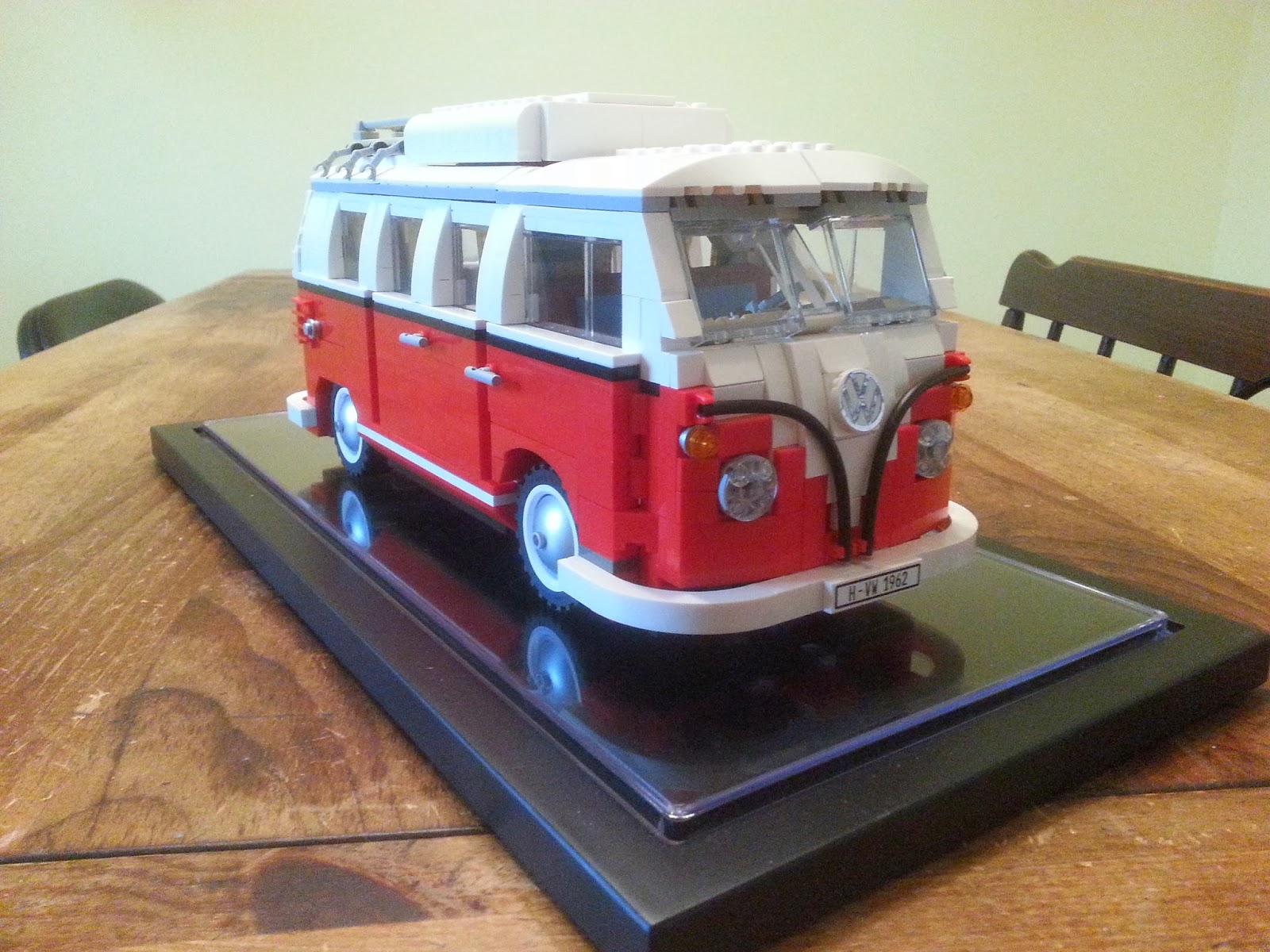 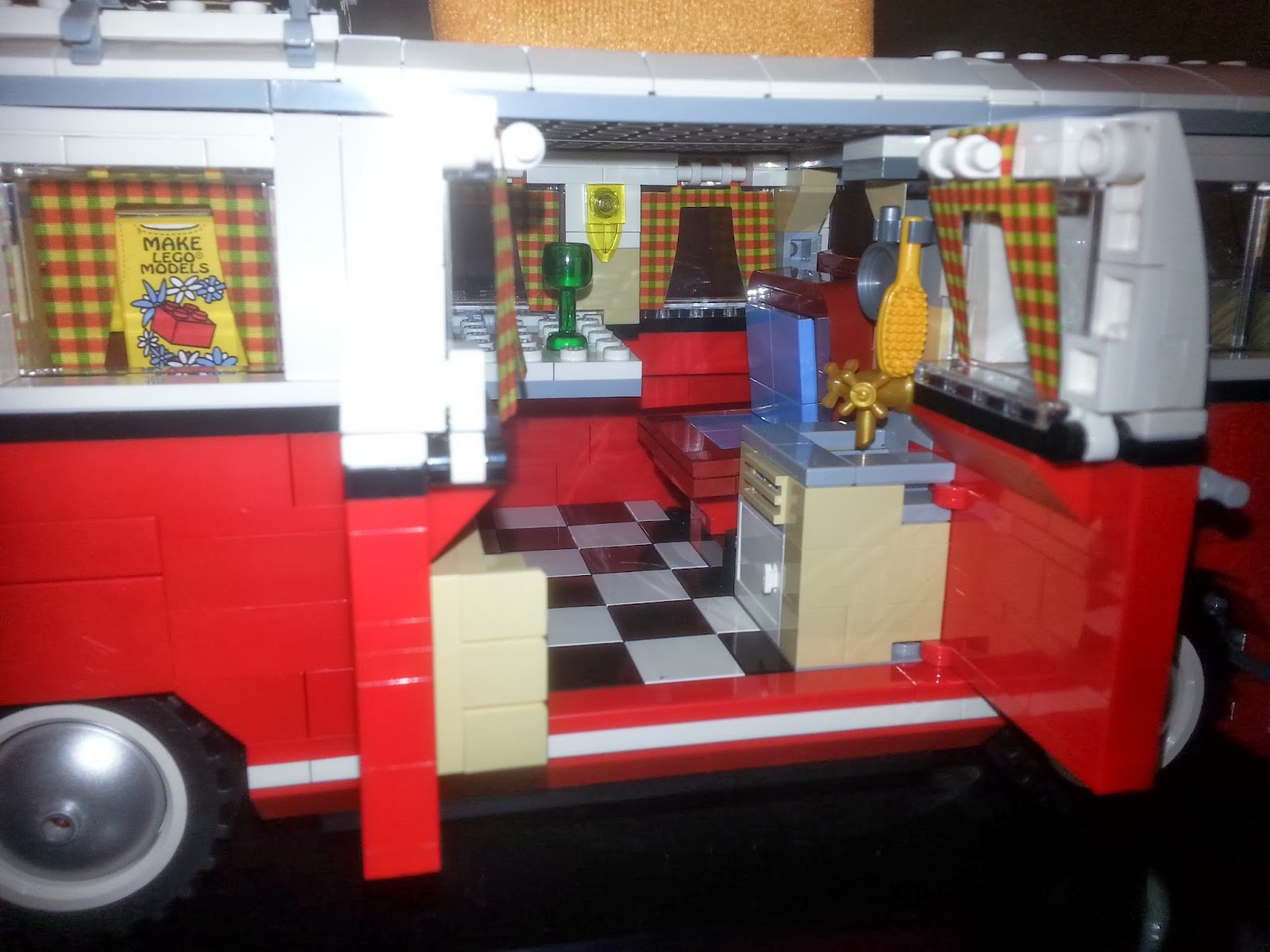 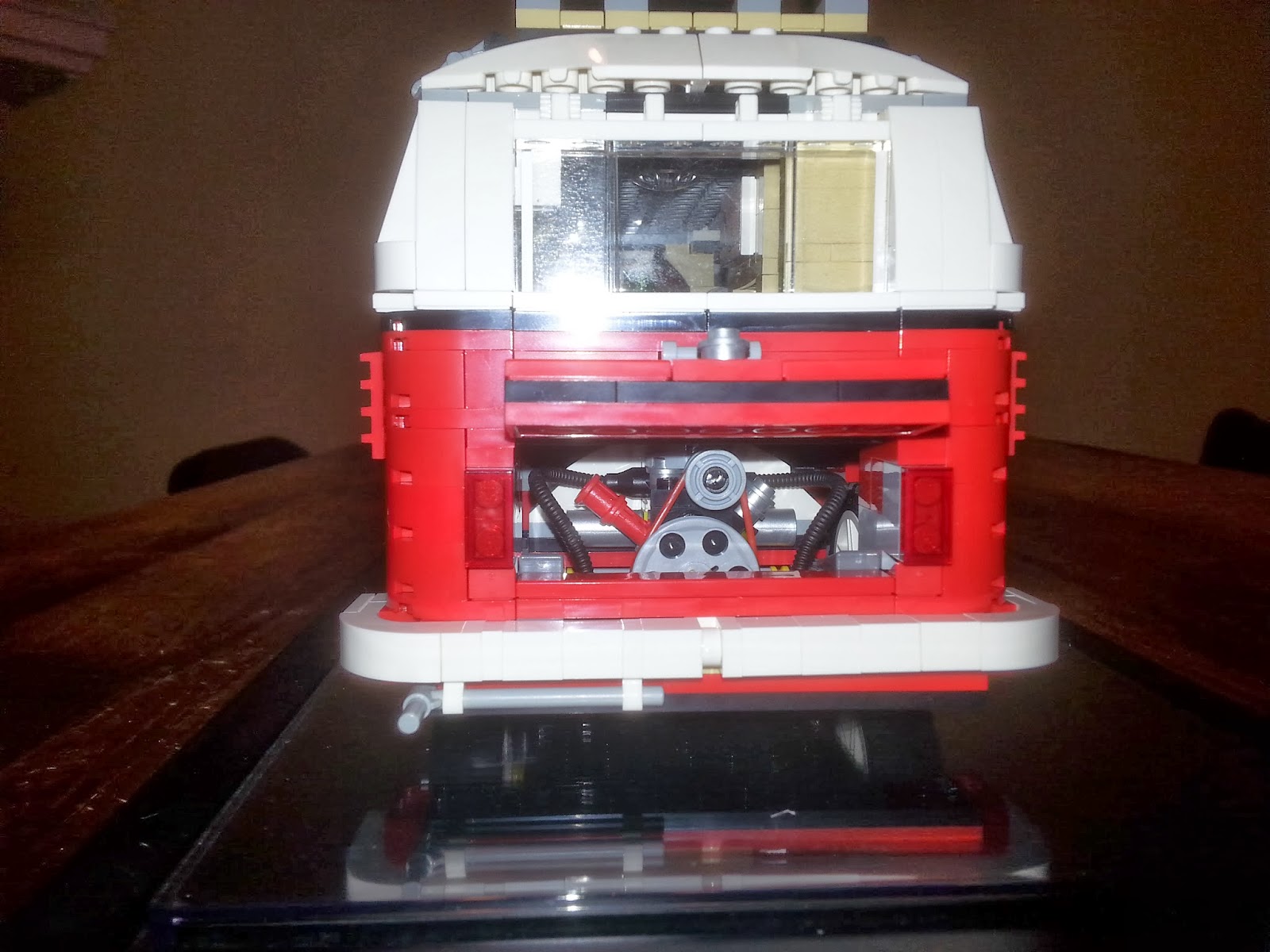 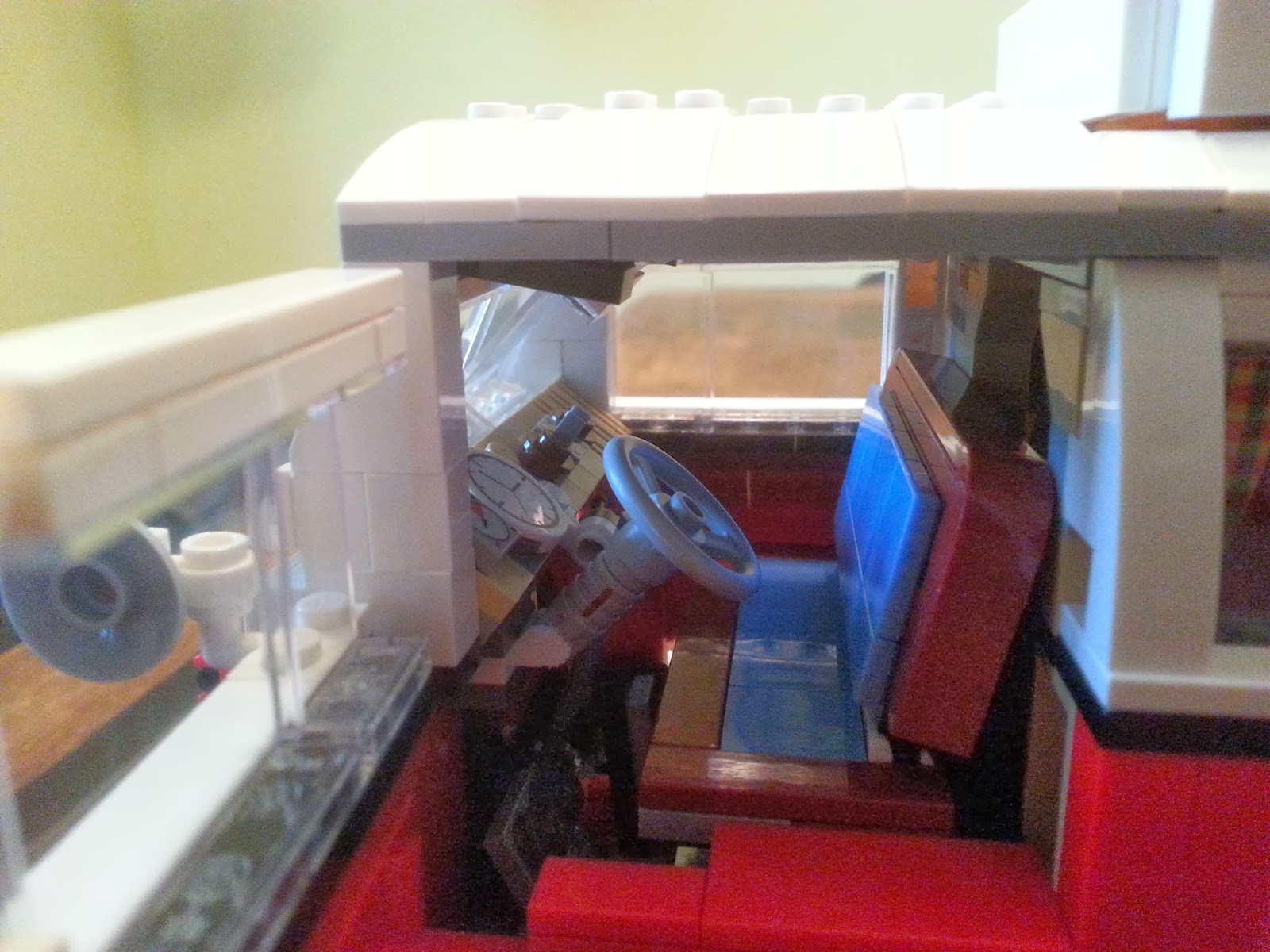 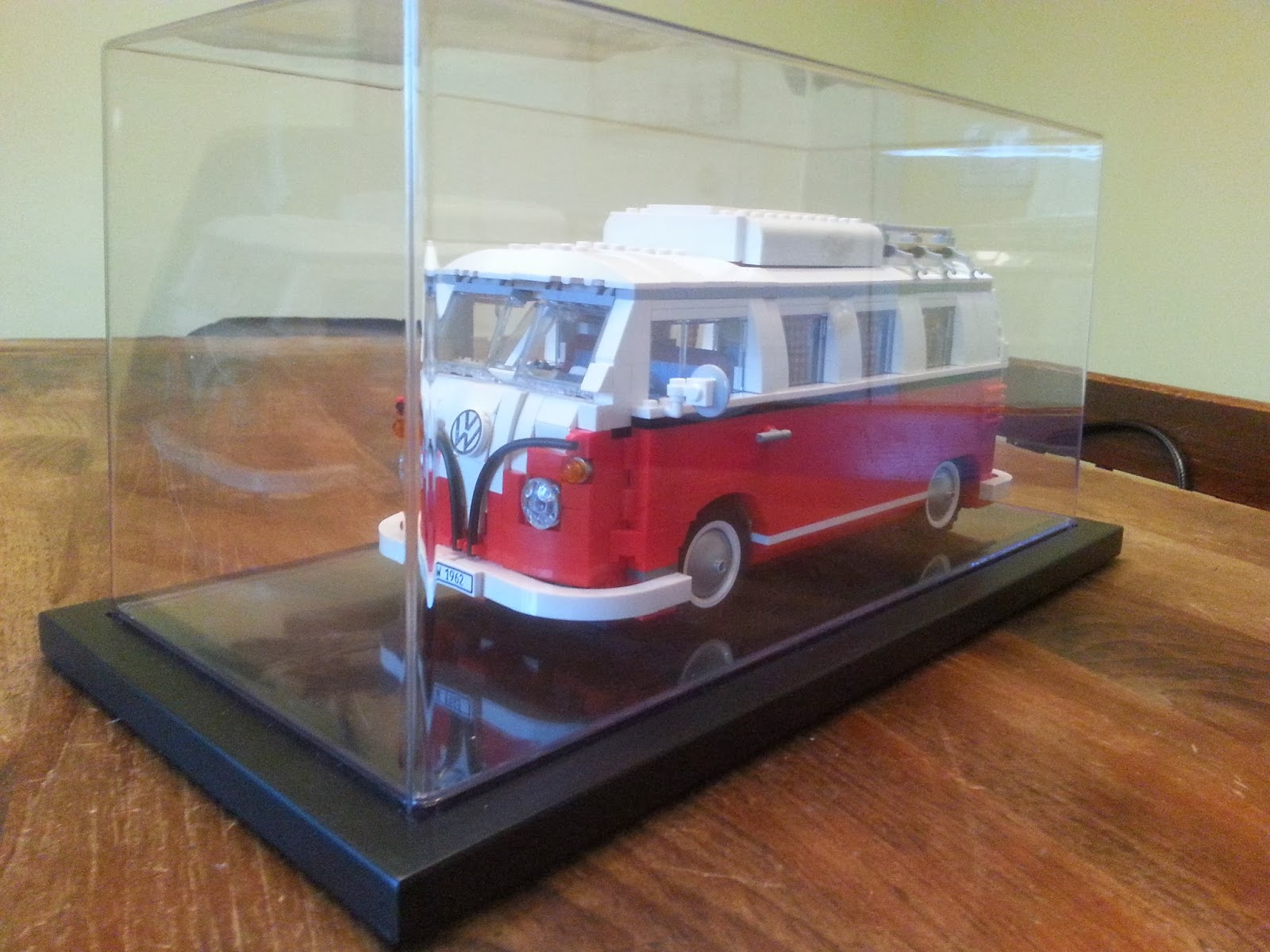 (I picked up a display case to keep everyone's grubby mitts off it!)
Posted by Unknown at 6:30 PM