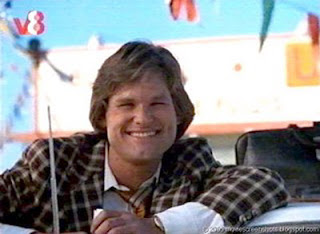 ...so I was perusing Craigslist a few weeks ago looking for deals when I came across this ad:

(click to embiggen)
I emailed the seller and asked for a list of what was included, and got the following reply:
1 orc warboss
1 orc army standard
1 orc boar chariot
3 night goblin fanatics
20 night goblins
20 black orcs
35 black orc warriors
10 forest goblin spider riders
Okay, so after searching around a bit, it appears it's this army box from a few years ago.    $75 isn't a bad price if everything is in good shape, and I haven't resolved my "haggling phase" yet.  I email the guy and tell him that I'm interested, and ask if everything is complete.  He replied:
"yes all of the pieces are there and I'm also throwing in my warhammer starter set thats goblins vs dwarves for free"

I told him I'd like to take a look at it, and tried to set up a time to check it out.  This started a two-week-long wild goose chase - it soon became obvious that I was dealing with a teenage kid, and apparently I got the only one on the planet who goes days at a time without checking his email.  He was trying to co-ordinate any potential meeting times with his Mom, who would have to give him a ride.  I eventually cut out the middle man and offered to meet Mom at her workplace, which wasn't too far away.  After killing three hours after my shift one day (when I would usually be home sleeping) so I could meet at a time that was convenient for her, I showed up and she had forgotten to bring anything with her.  I almost gave up then, but she mentioned that it was "... a whole bunch of stuff, a few big boxes".  Something told me to give it one more shot.  I finally managed to meet with her a couple of days later.
I didn't haggle.  I gave her the money, threw the stuff in my truck and drove away.
It was a trash bag full of Fantasy & 40K.
The bag was full of scattered sprues and flattened boxes, so it took me a while to sort through everything and figure out what was all there - here's the final tally: 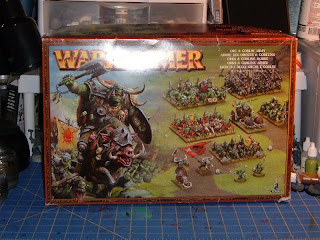 The Orcs & Goblins Army that was originally mentioned in the ad - one model has been assembled & partially painted, everything else is still on the sprues.  (I prefer items to be unpainted when I'm buying used). 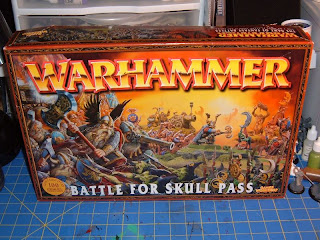 A complete Battle for Skull Pass starter set.  Models have been built & primed black, but not painted.  Has all the templates, books, dice, etc. 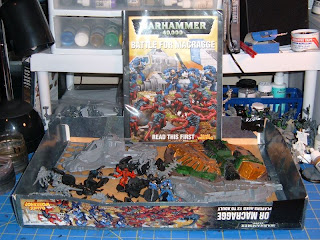 A Battle for Macragge starter set - it's missing the bottom half of the cardboard box, and the marines & a large terrain piece have been poorly painted, but it's all there. 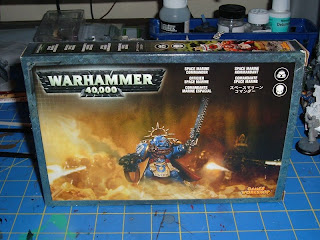 A Space Marine Commander box.  He's been painted, but nothing a bath in some Simple Green won't fix.  All the parts sprues appear intact. 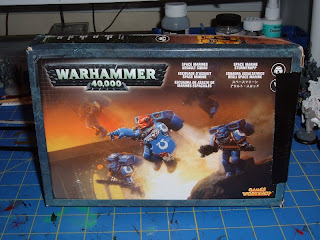 A Space Marine Assault Squad box.  Mostly unbuilt (I think a few of the legs have been glued to the torsos, but that's about it). 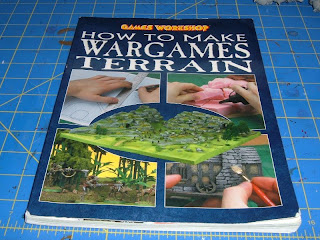 A copy of the "How to Make Wargames Terrain" book. 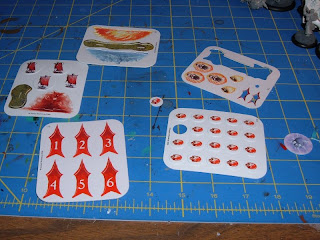 A set of Warhammer counters (I have the one that's missing in the above pic, I just misplaced it on my desk somewhere)... 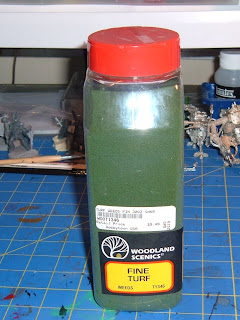 A giant container of flocking, and, dumping out the dregs in the bottom of the box... 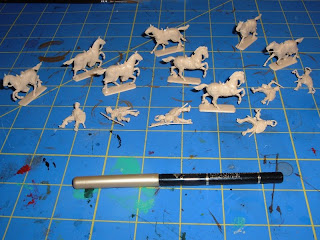 ...a random assortment of 12mm cowboys, indians & horsies, and ...an eyeliner pencil?  (Maybe he was a cowboy / goth kid, or something?)
So overall, I think I did pretty good for seventy-five bucks - I haven't done the math yet, but along with the other deal I got and the couple of models I've bought off the shelf, I should be able to field a few thousand points of Fantasy Orcs & Goblins...
Posted by Unknown at 4:00 PM