One of the "final touches" that I thought would be a relatively cheap & easy way to give my army a little extra pizzazz was to build movement trays - although I've never played a game of Fantasy, these seem pretty useful when you're playing a game that uses ranked up models.  Games Workshop sells a kit to make your own movement trays, but I would have needed a couple of them, and didn't want to drop $30+ for them.  I decided to see what I could put together more cheaply. 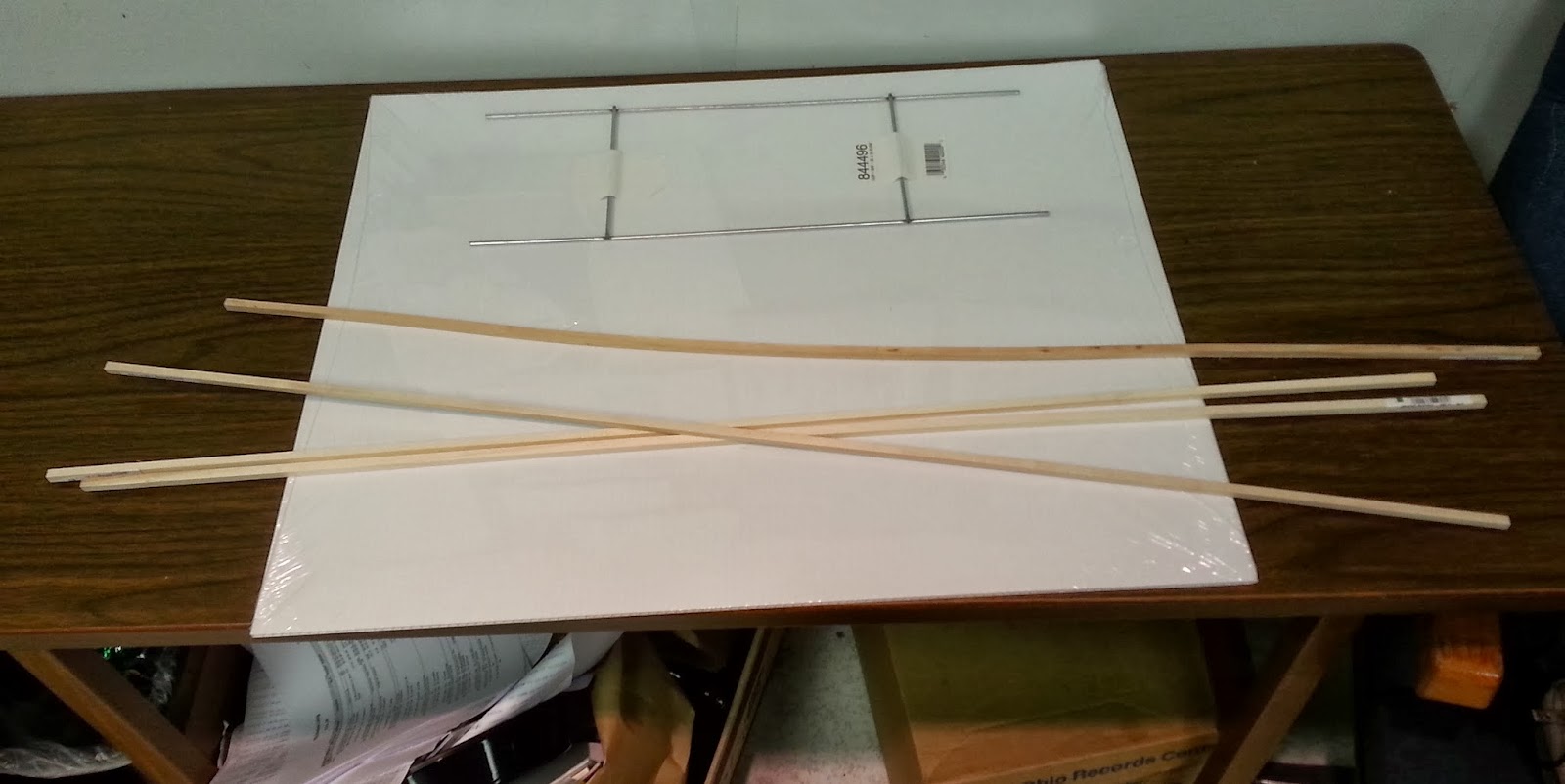 I went buy the local big-box home improvement store and picked up a blank sign made of corrugated plastic (these will be located with the signs that say "Garage Sale", "Car for Sale", etc) for $3.98.  I also got four basswood square dowels for .93 each.  Total cost: under eight dollars.

I gathered up the models for a typical-sized unit: 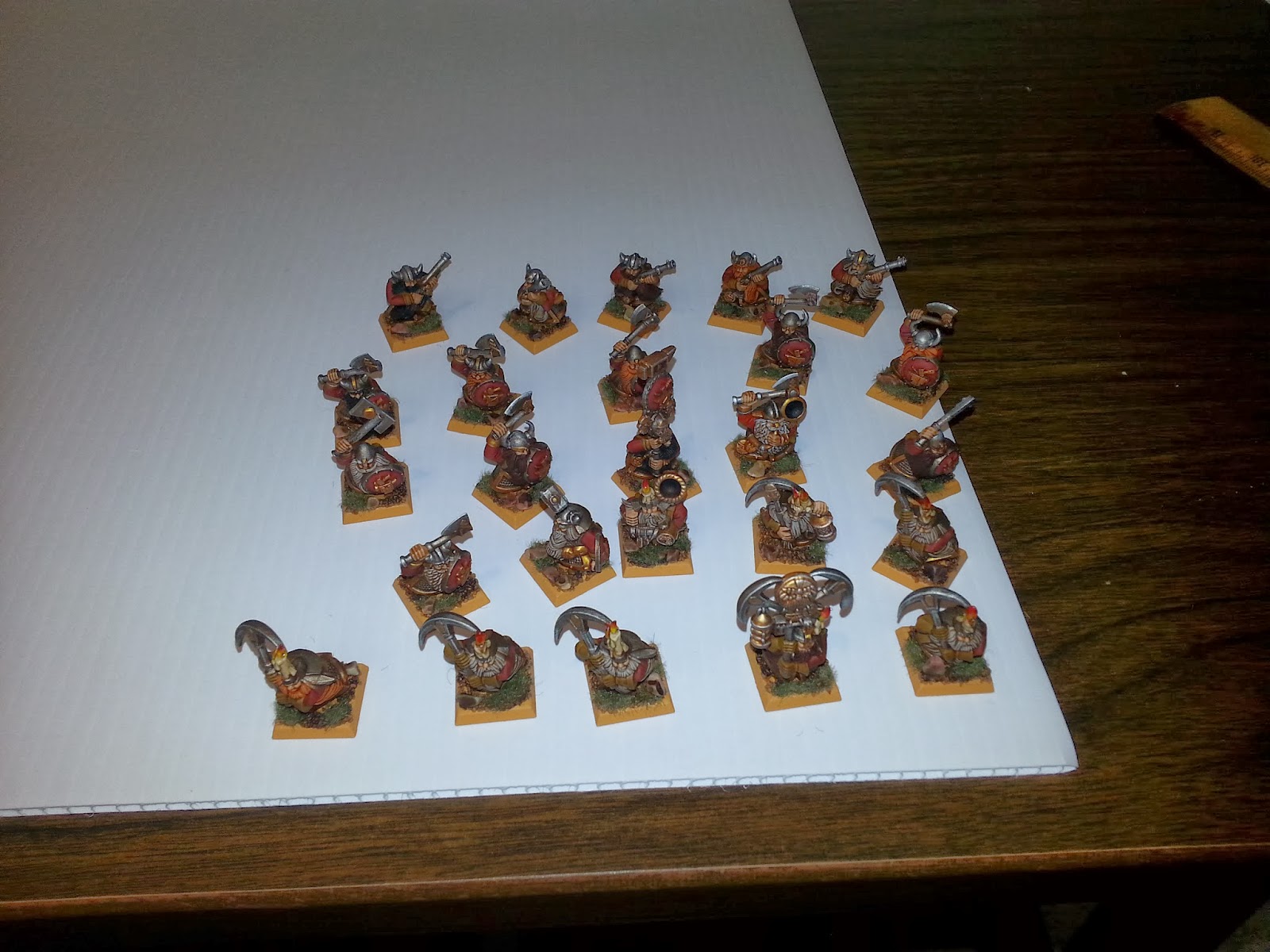 I arranged them so I had the (#number of models) (width) x (depth) and marked it with a straight edge: 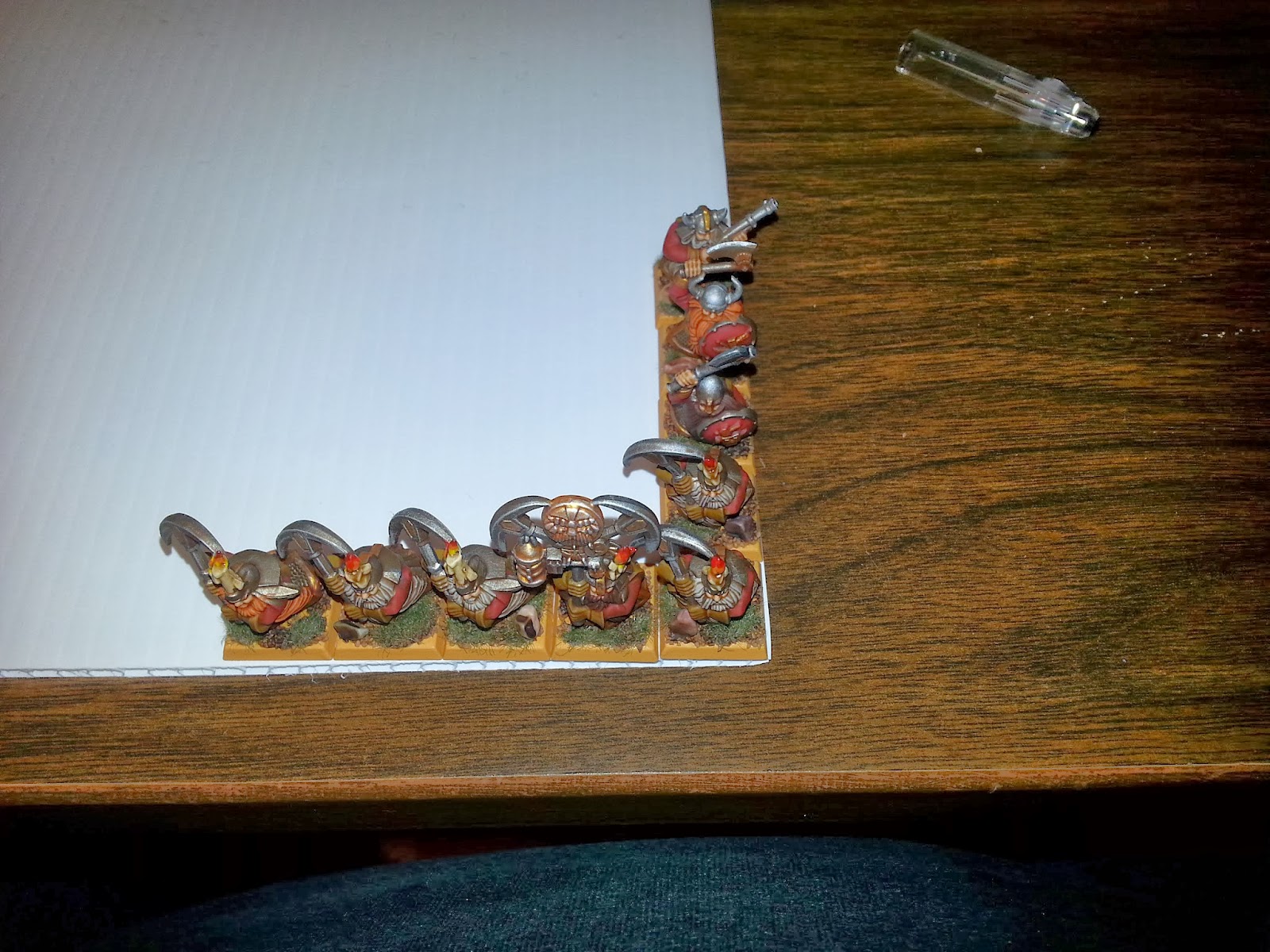 Then I cut it out with a utility knife: 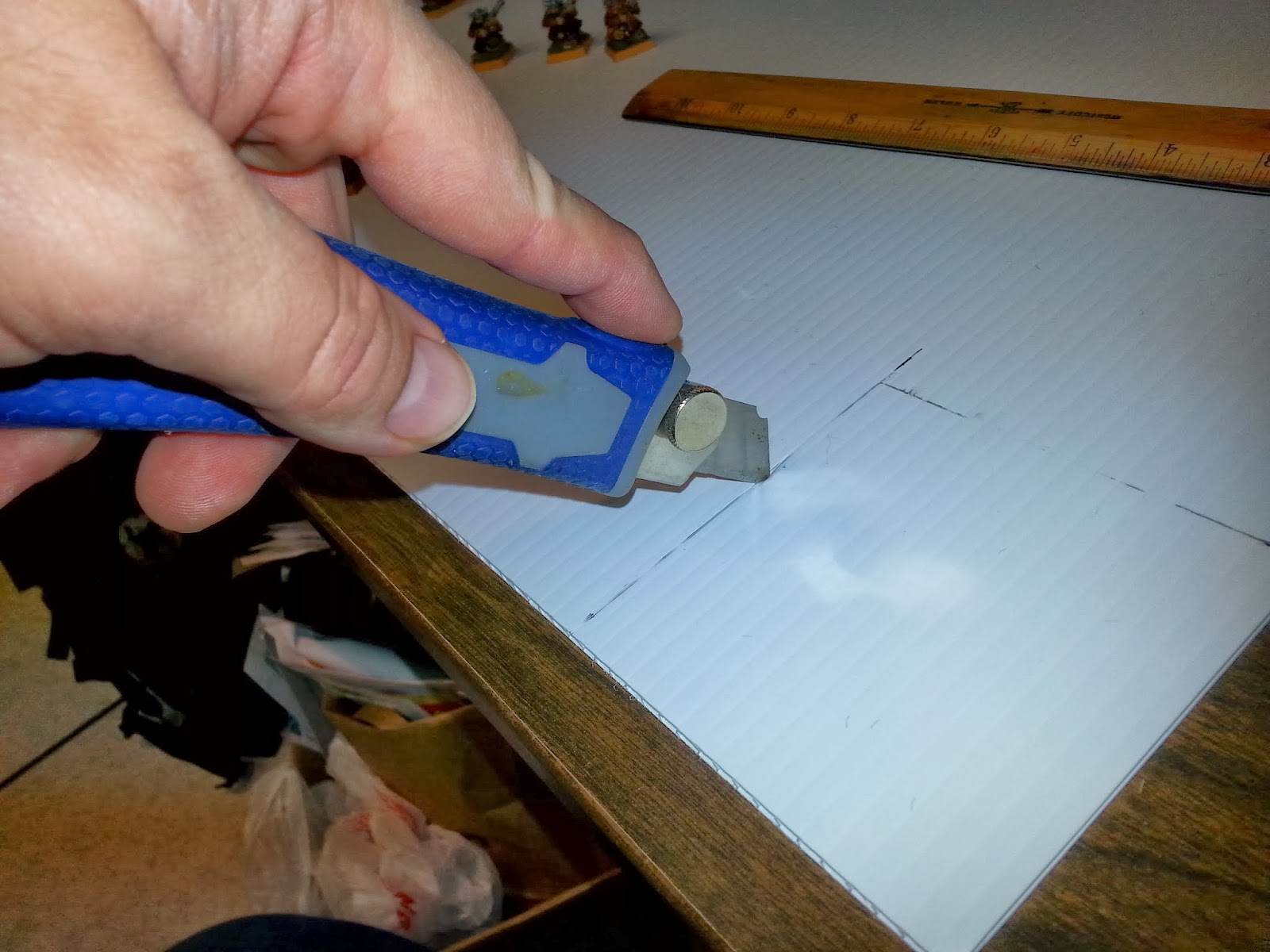 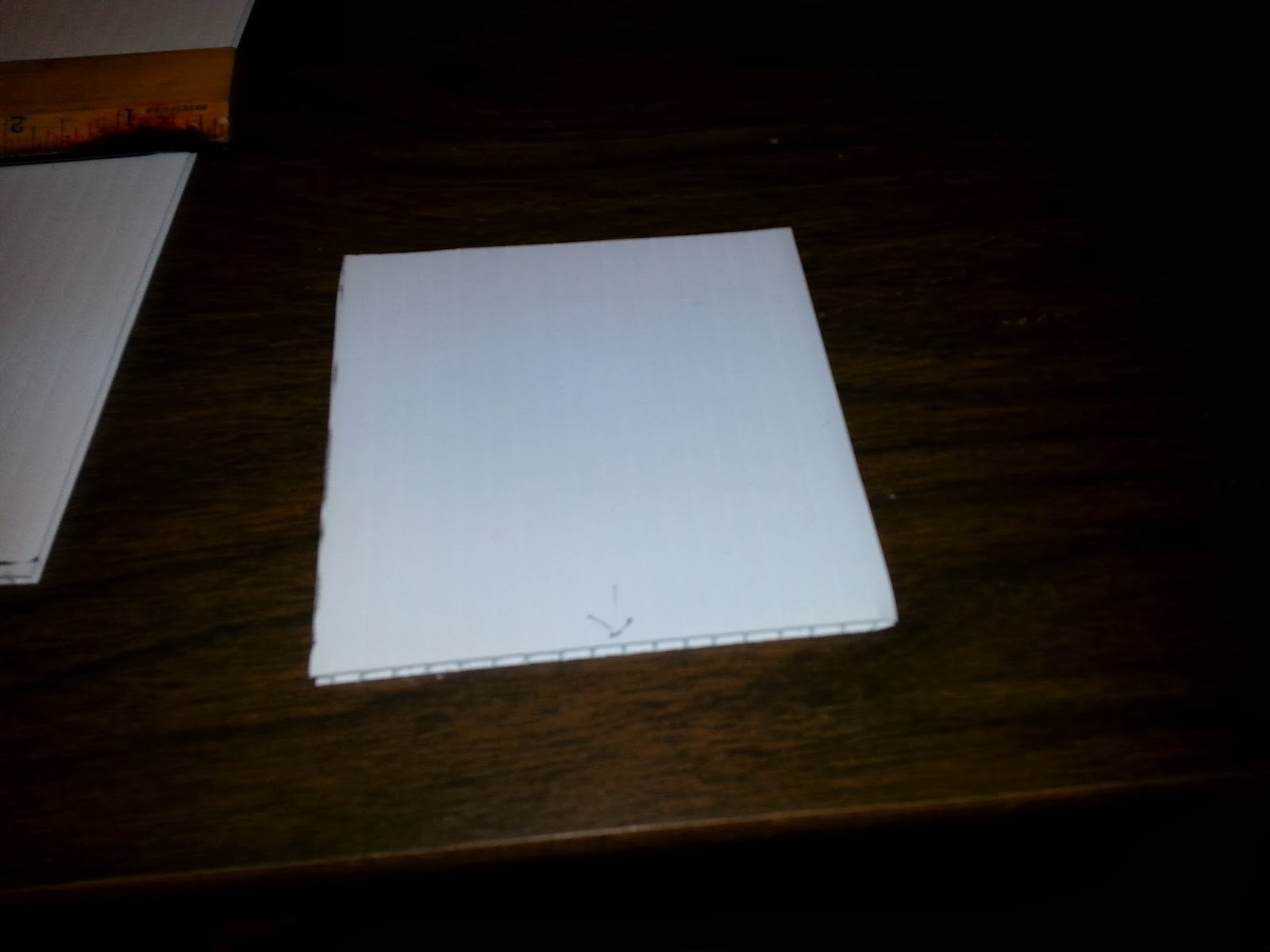 Next I measured the wooden dowels, and cut them using my hobby saw & mitre box so the corners would be neat: 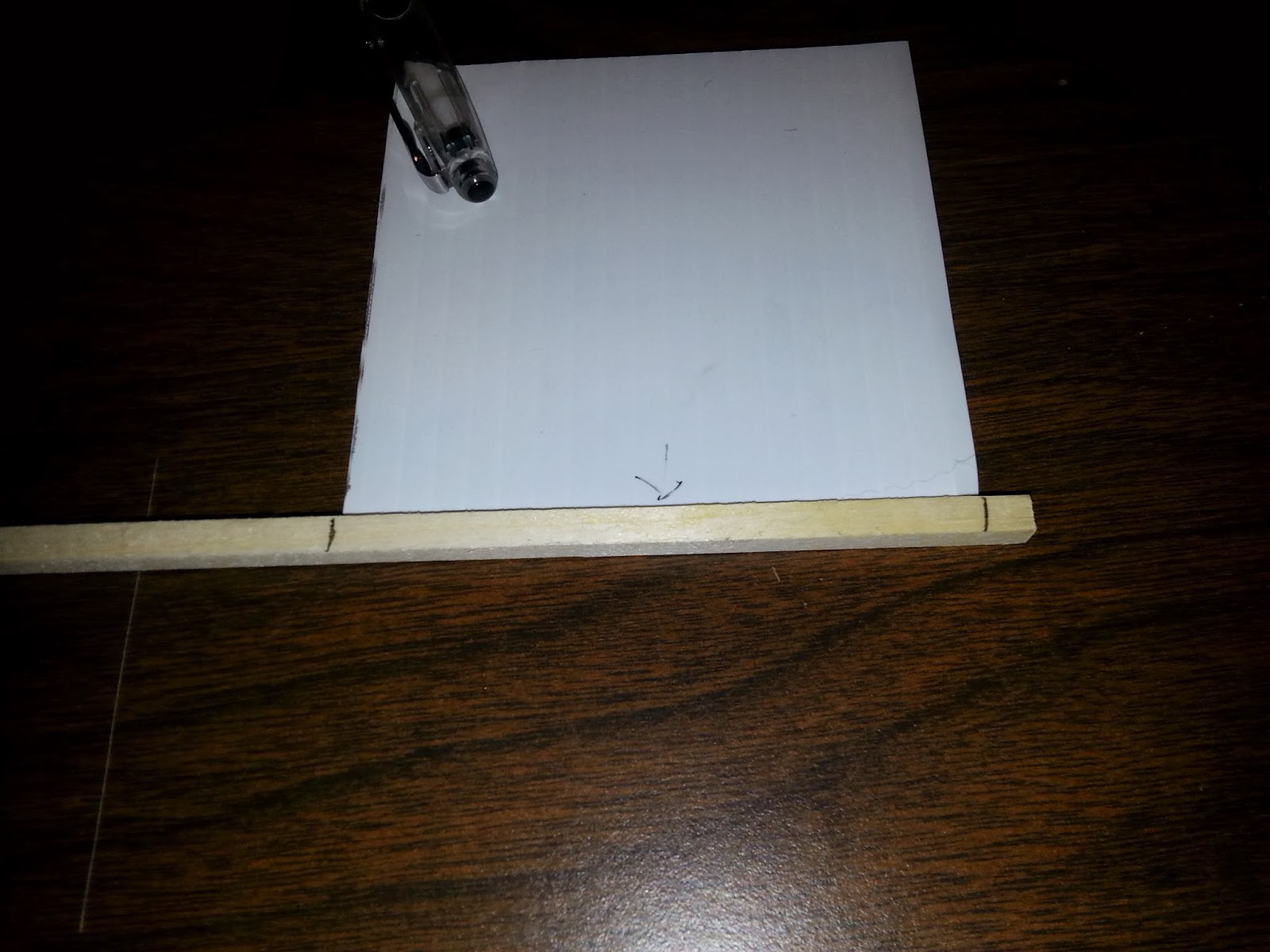 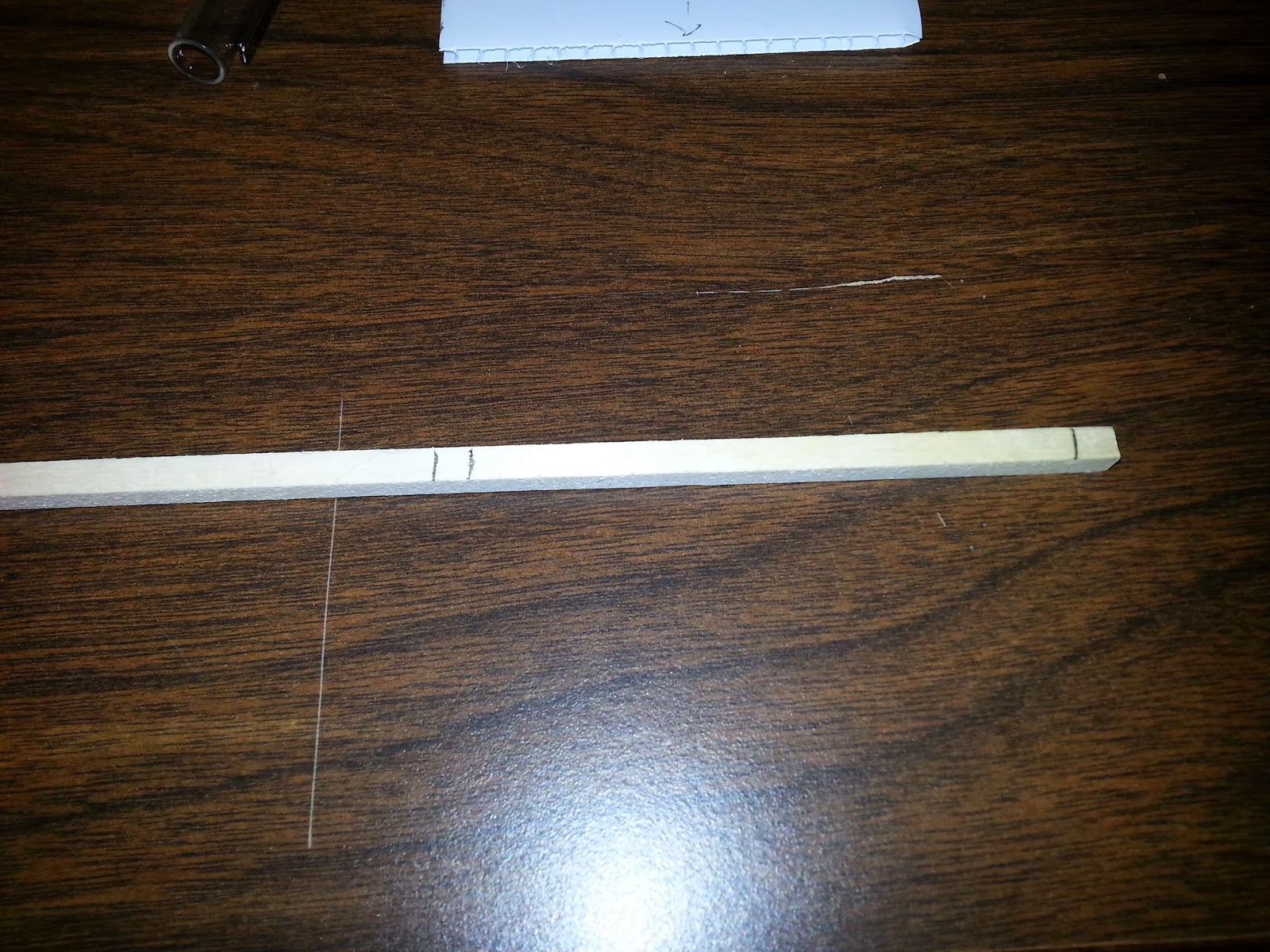 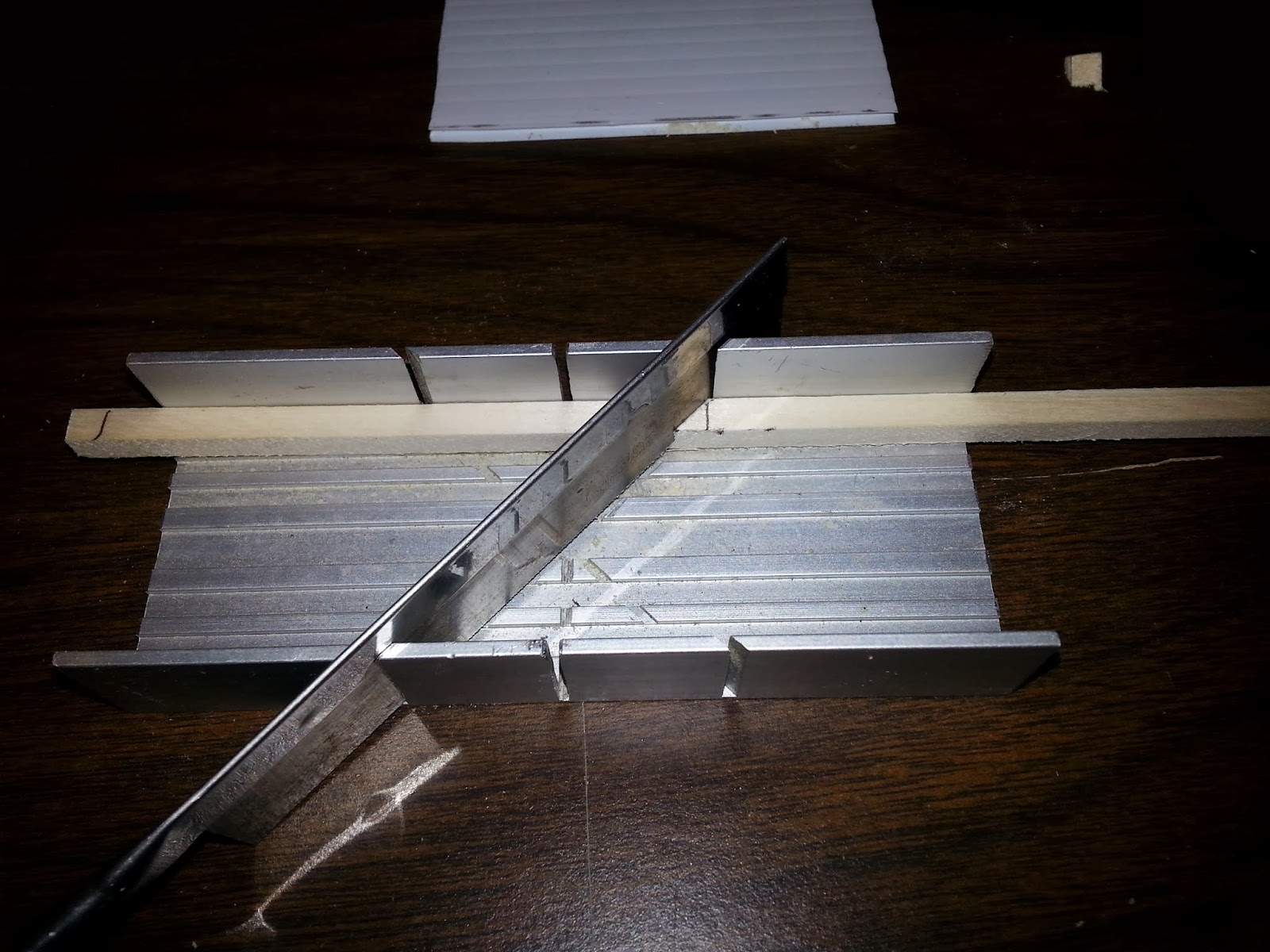 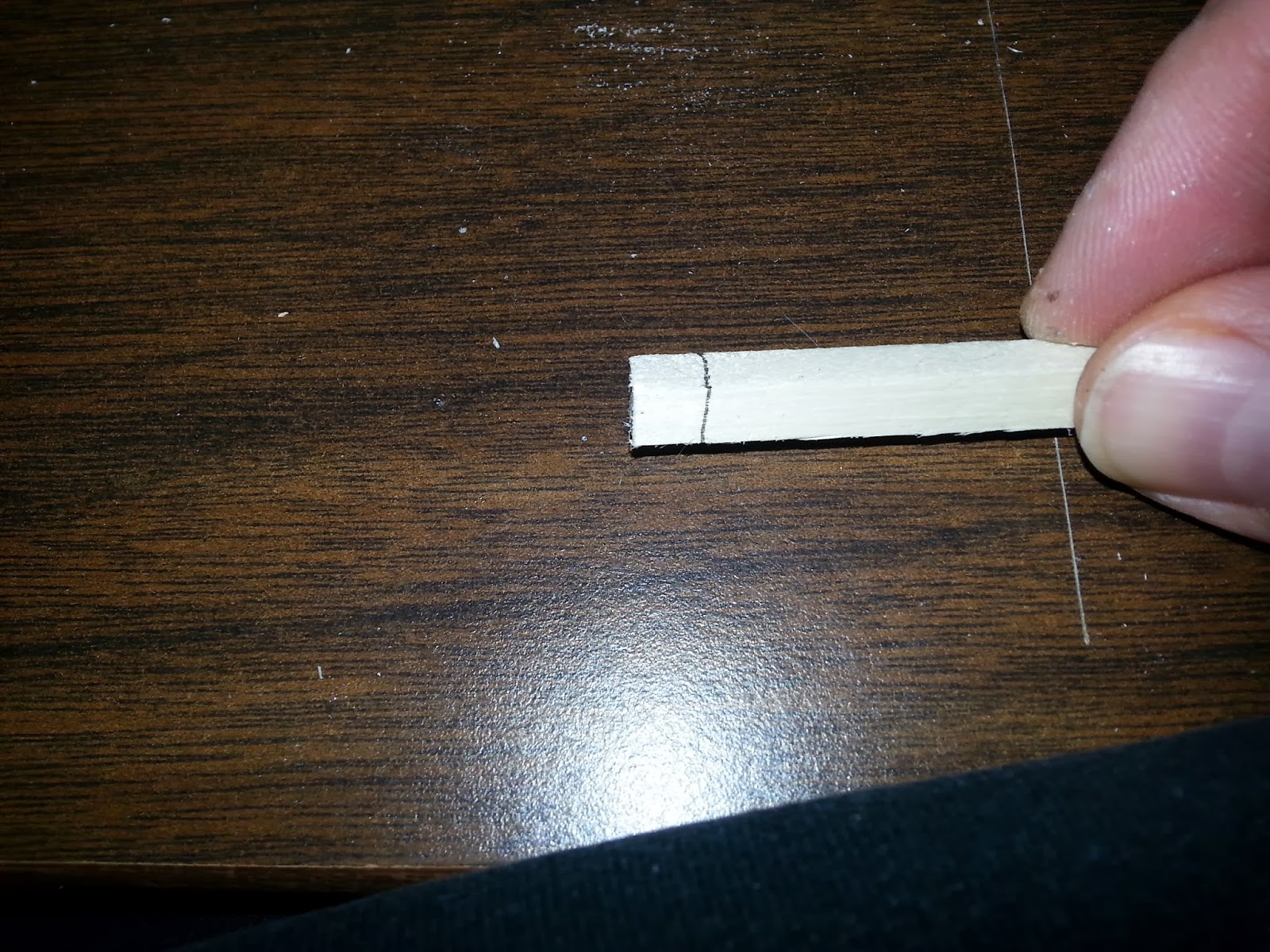 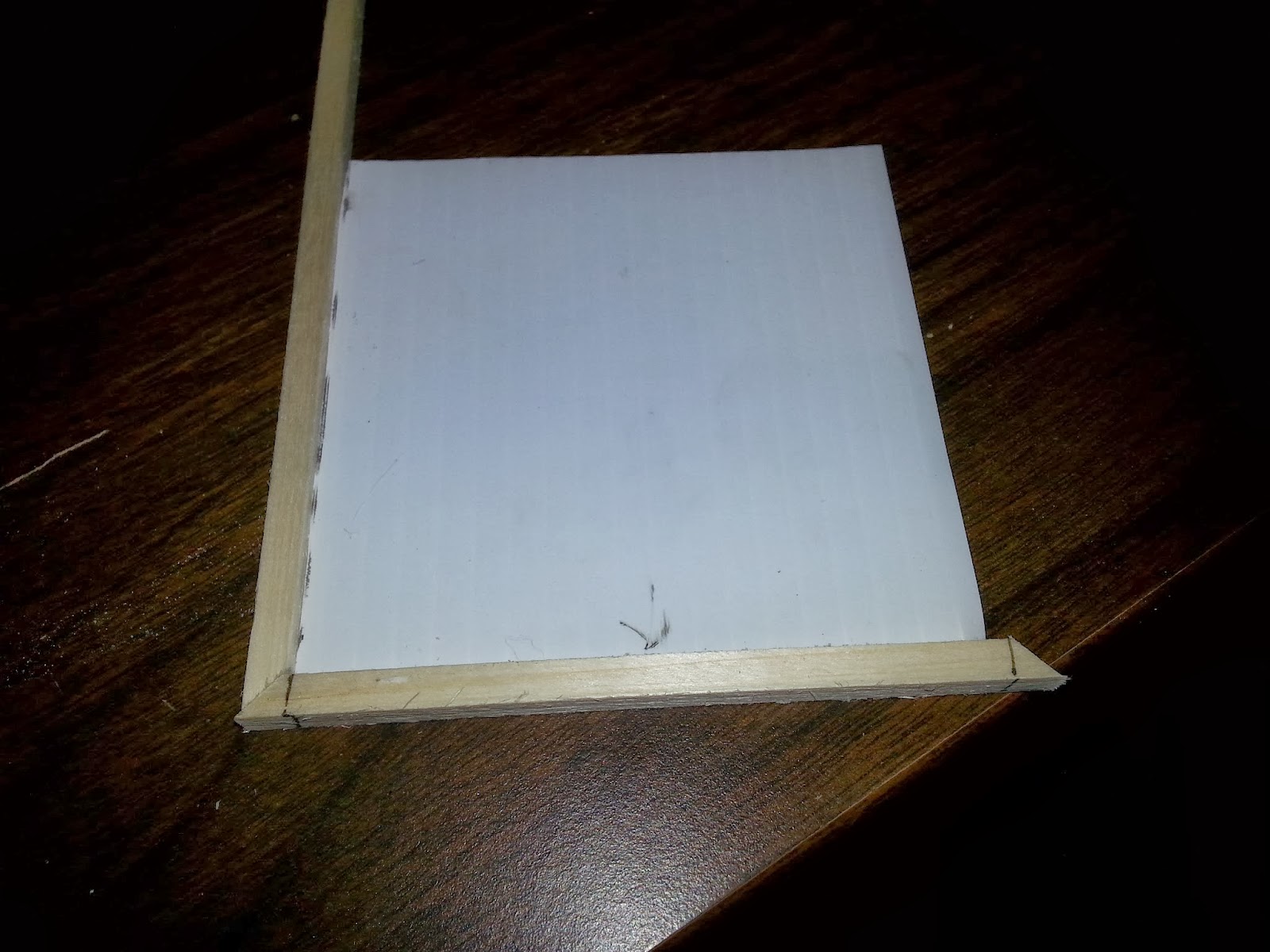 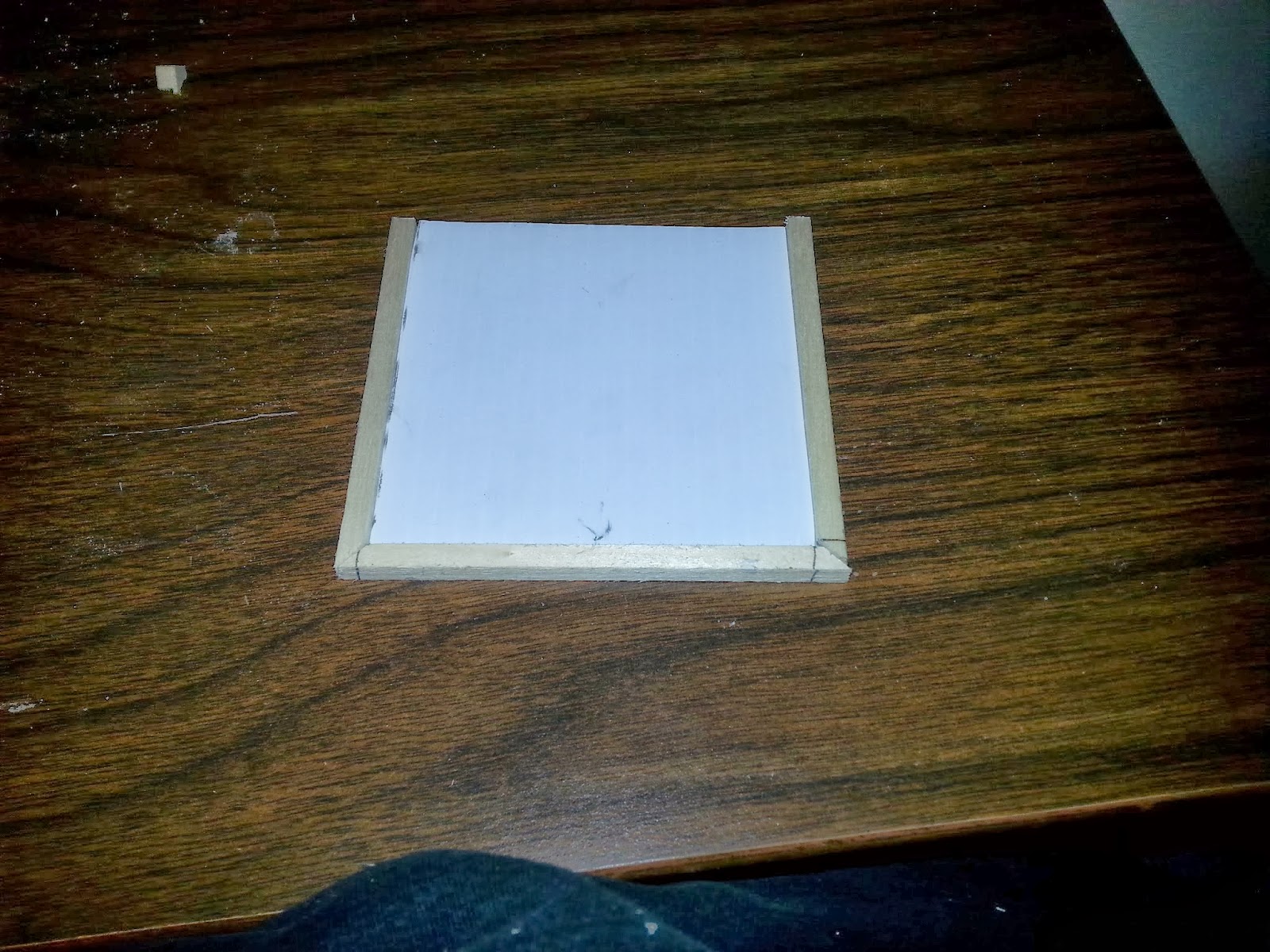 Then I glued down the dowel rods with PVA glue, setting them on some newspaper to dry to catch drips.  (Actually, I used some old glossy mailers in the hopes that the glue wouldn't stick so badly).  I "squeegeed" some glue into the cracks with a spare piece of wood to fill gaps: 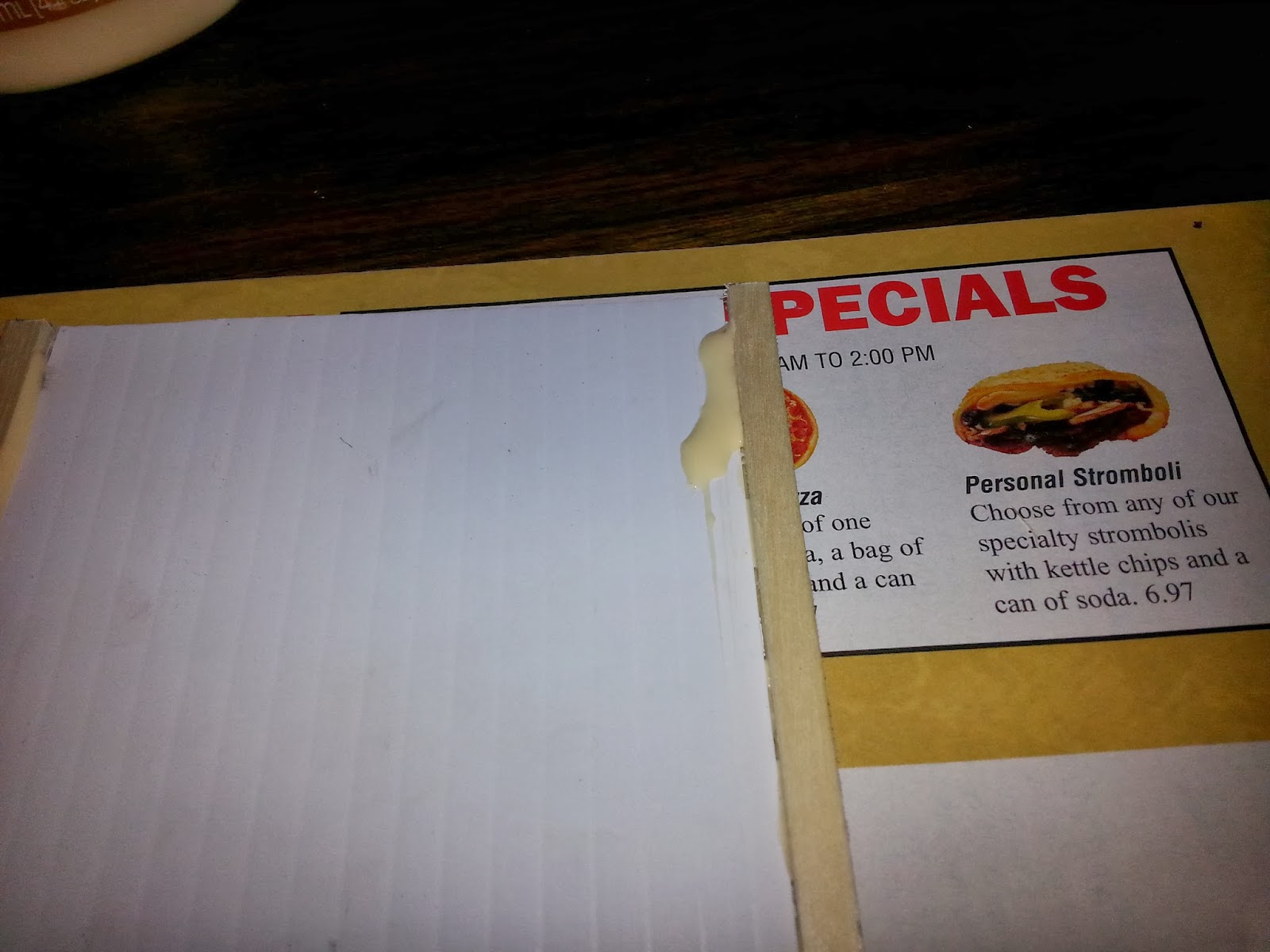 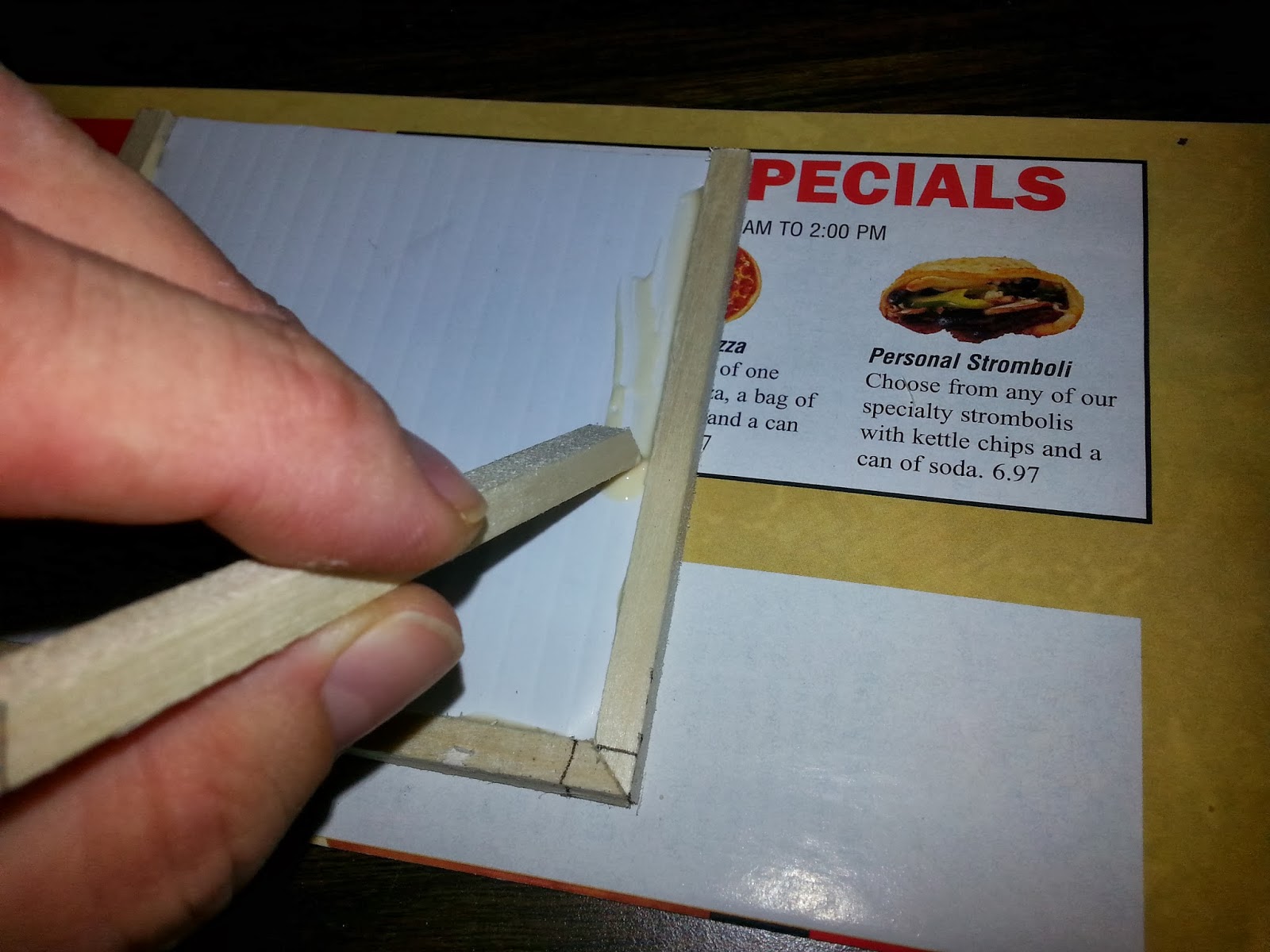 Then I backed them with some scrap cardboard: 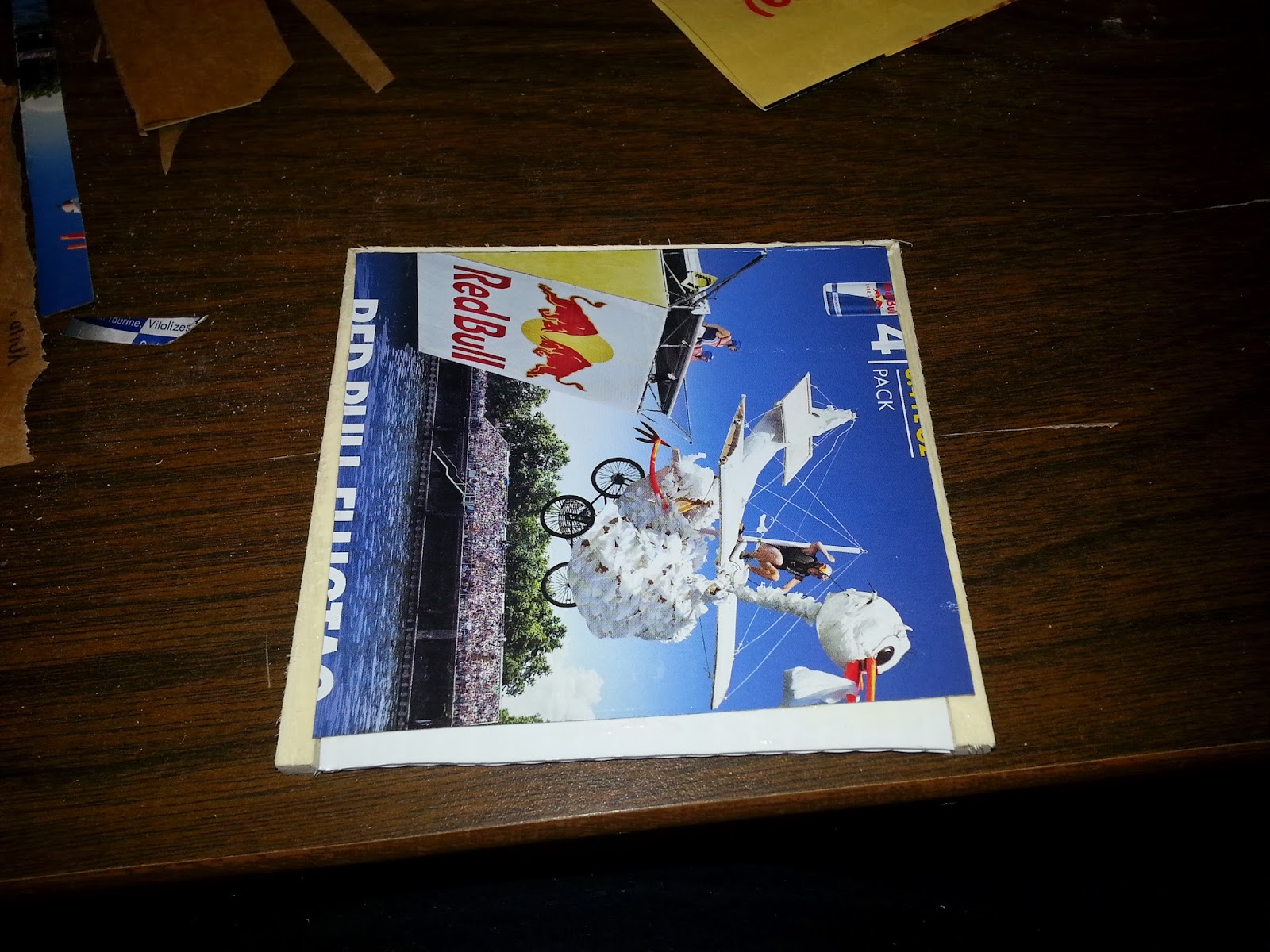 Then I made some for the artillery units, with cutouts for each model: 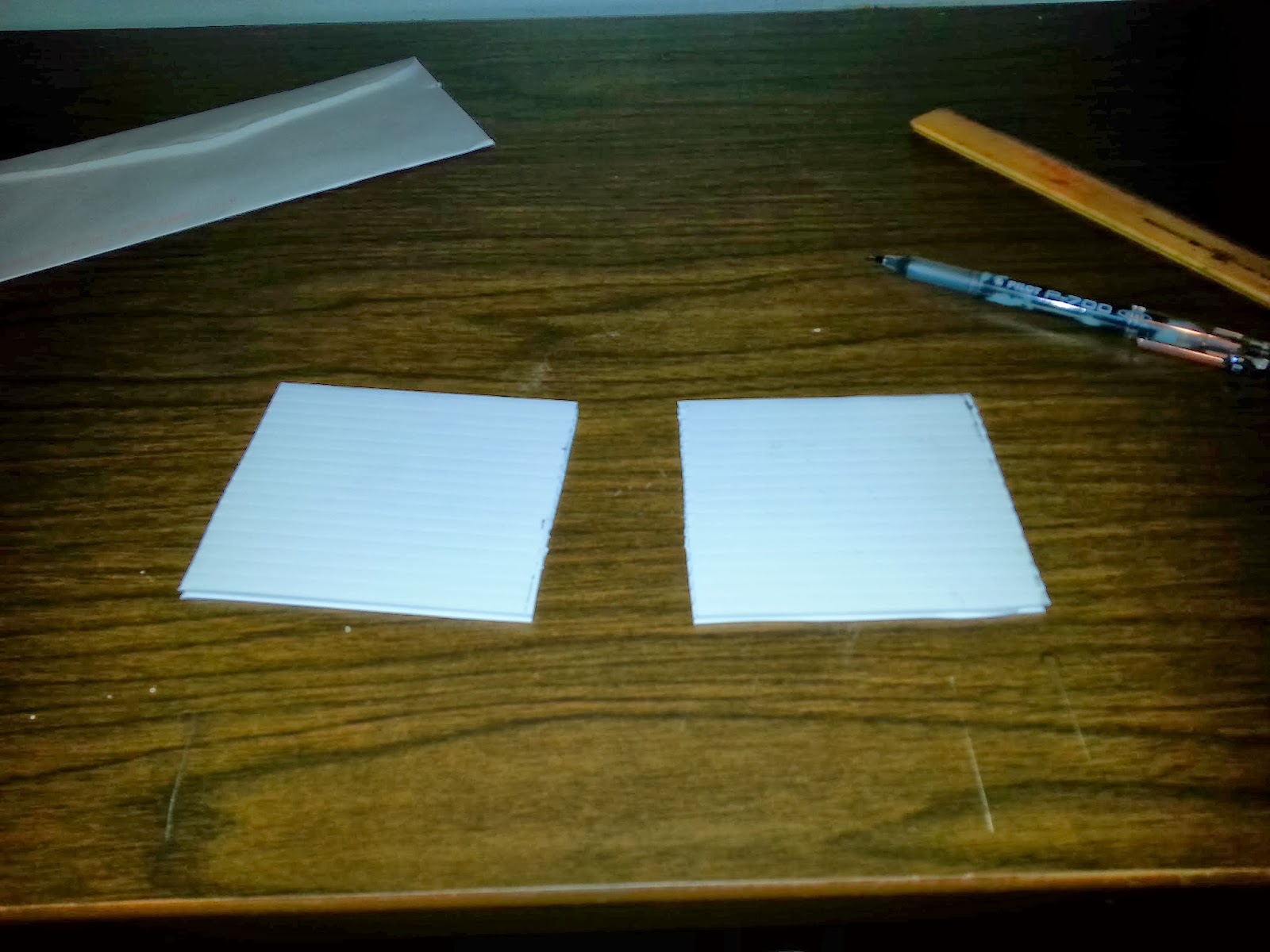 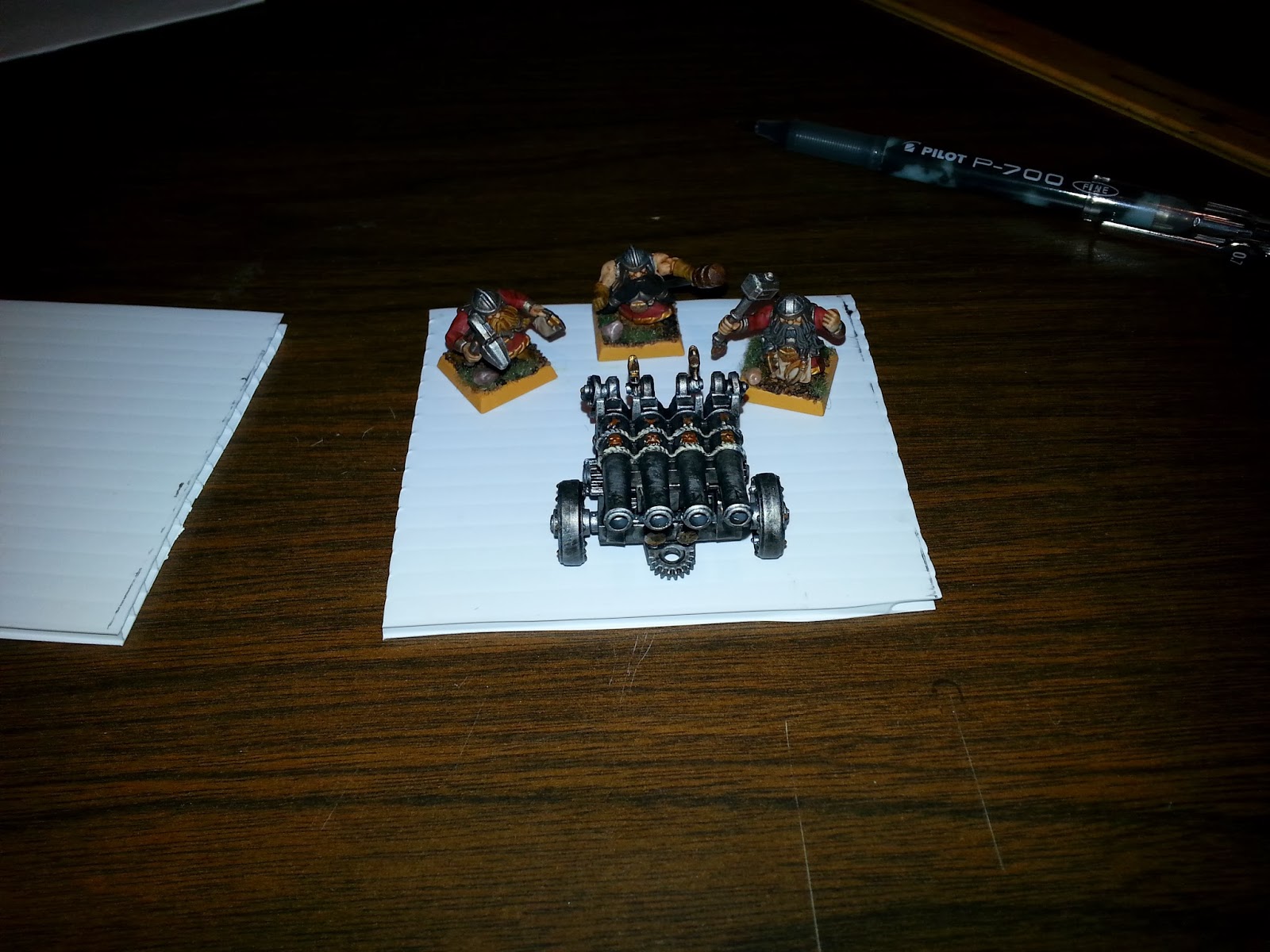 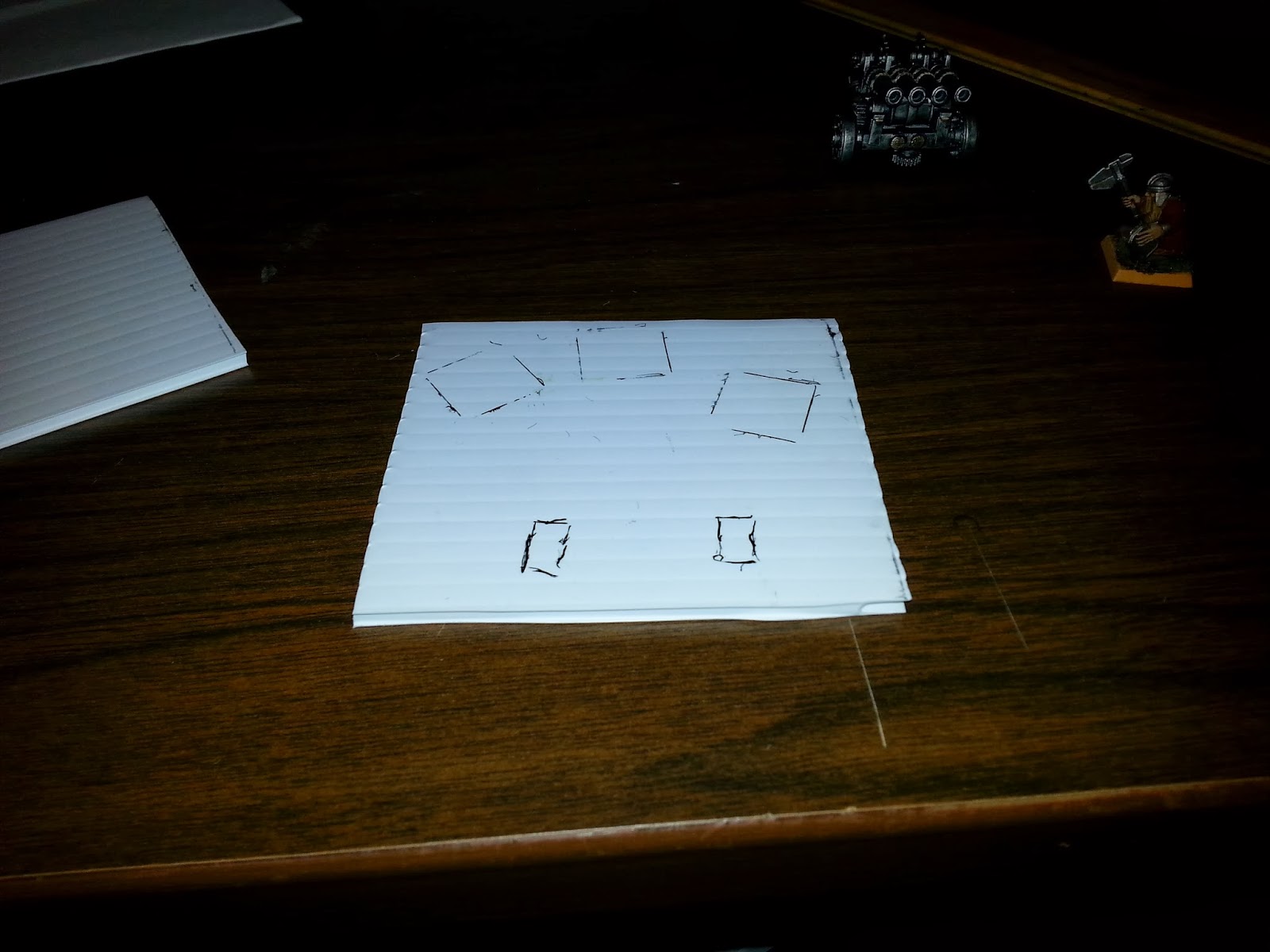 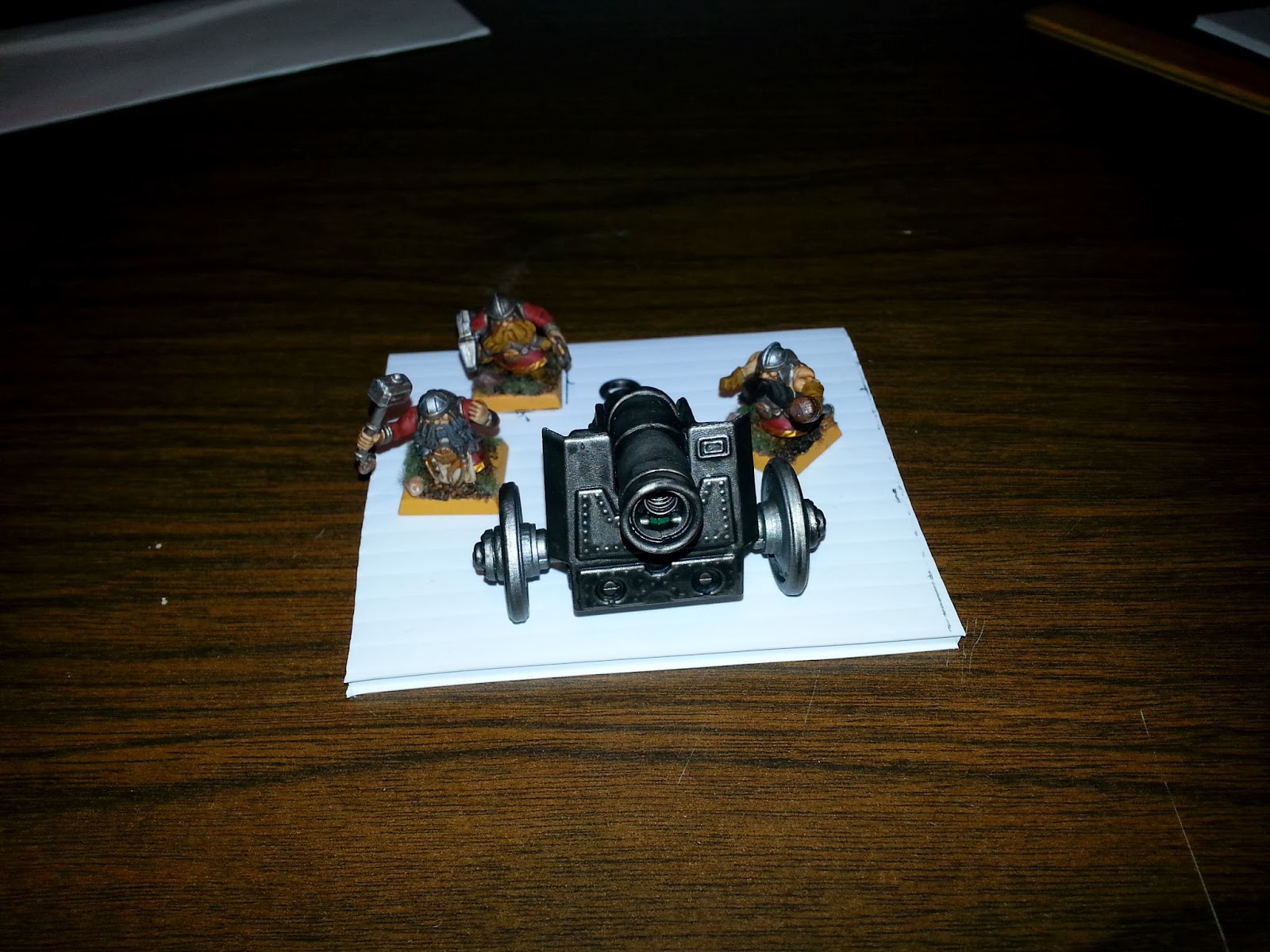 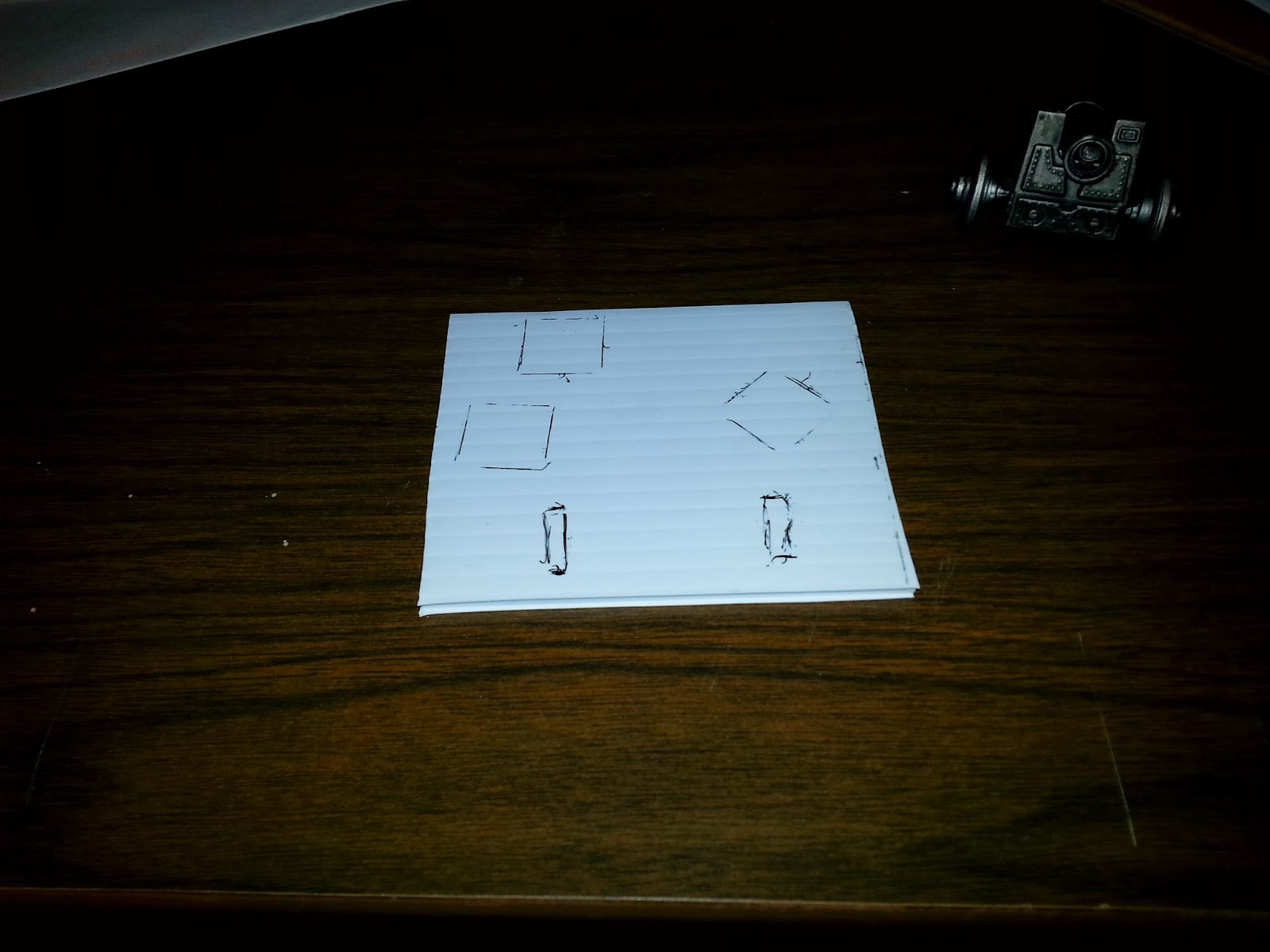 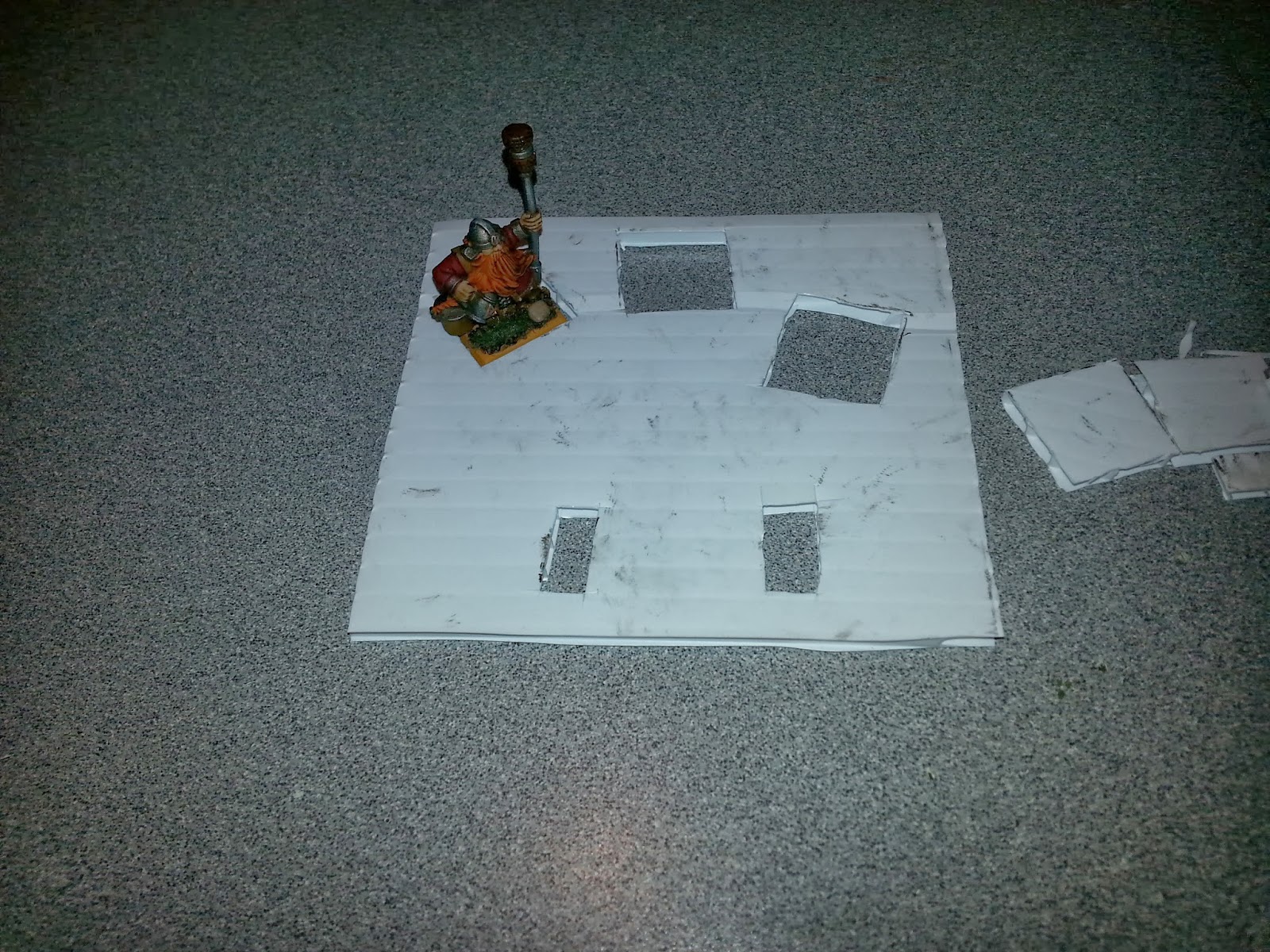 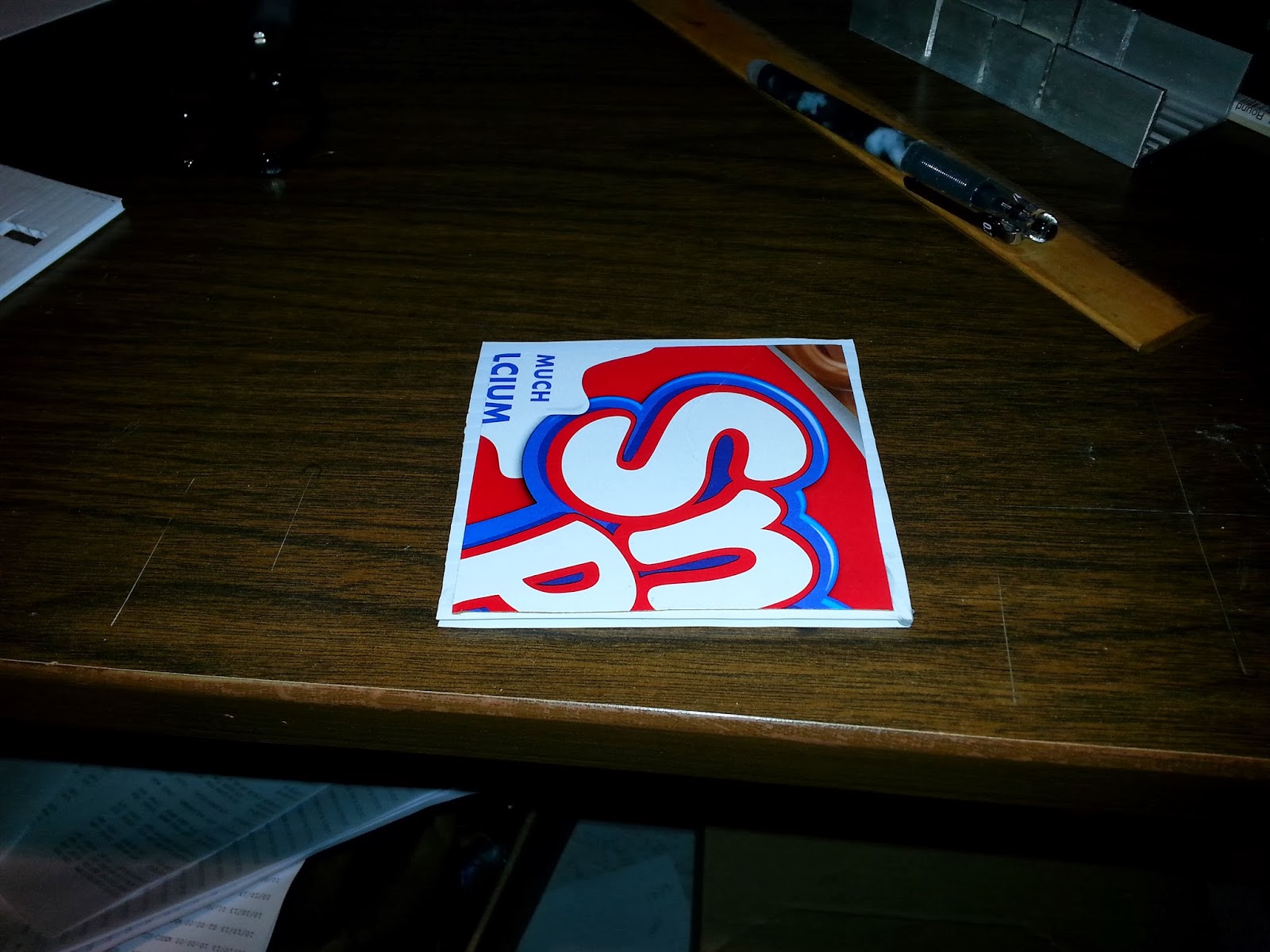 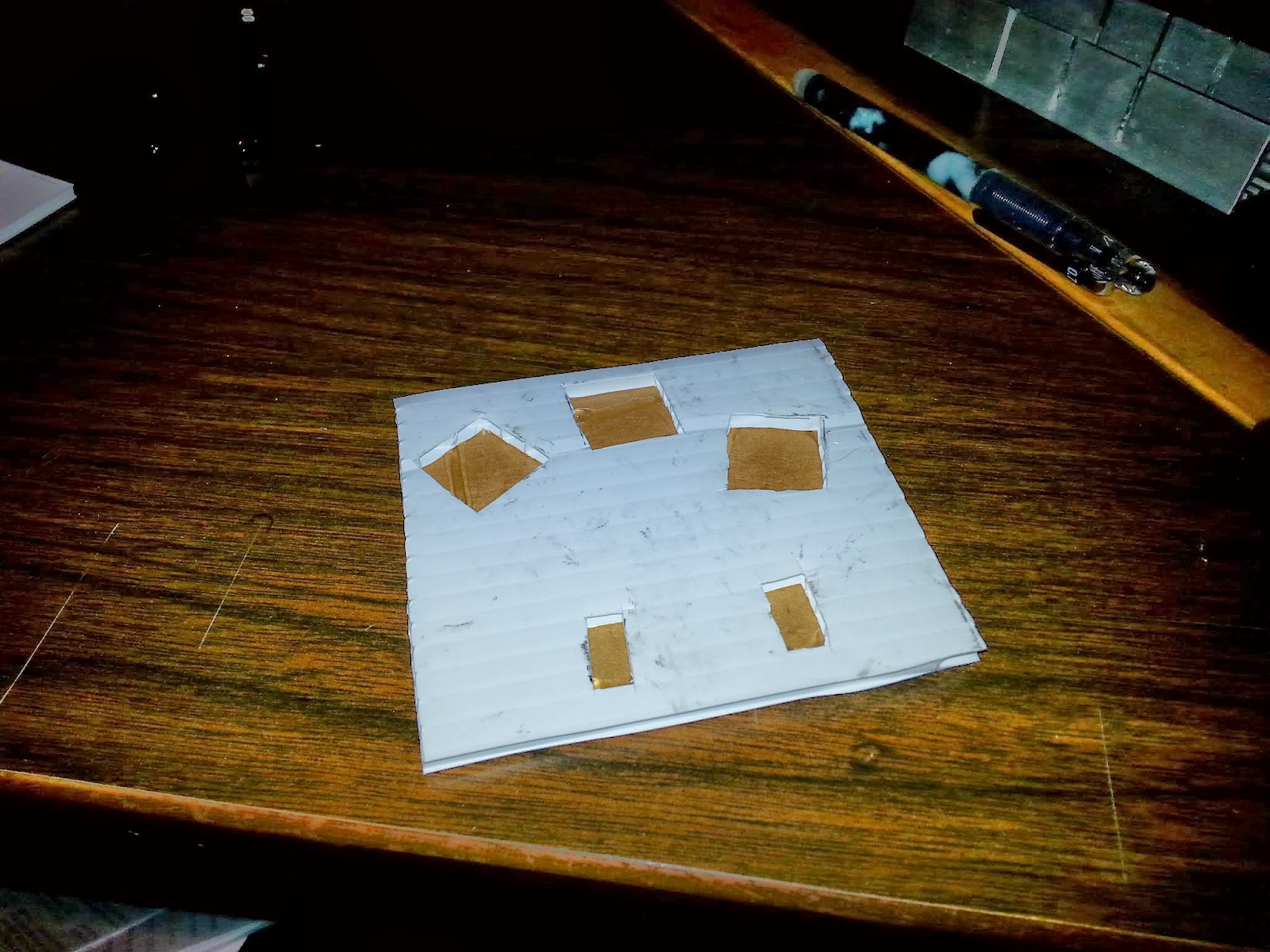 Then they all got a coat of primer: 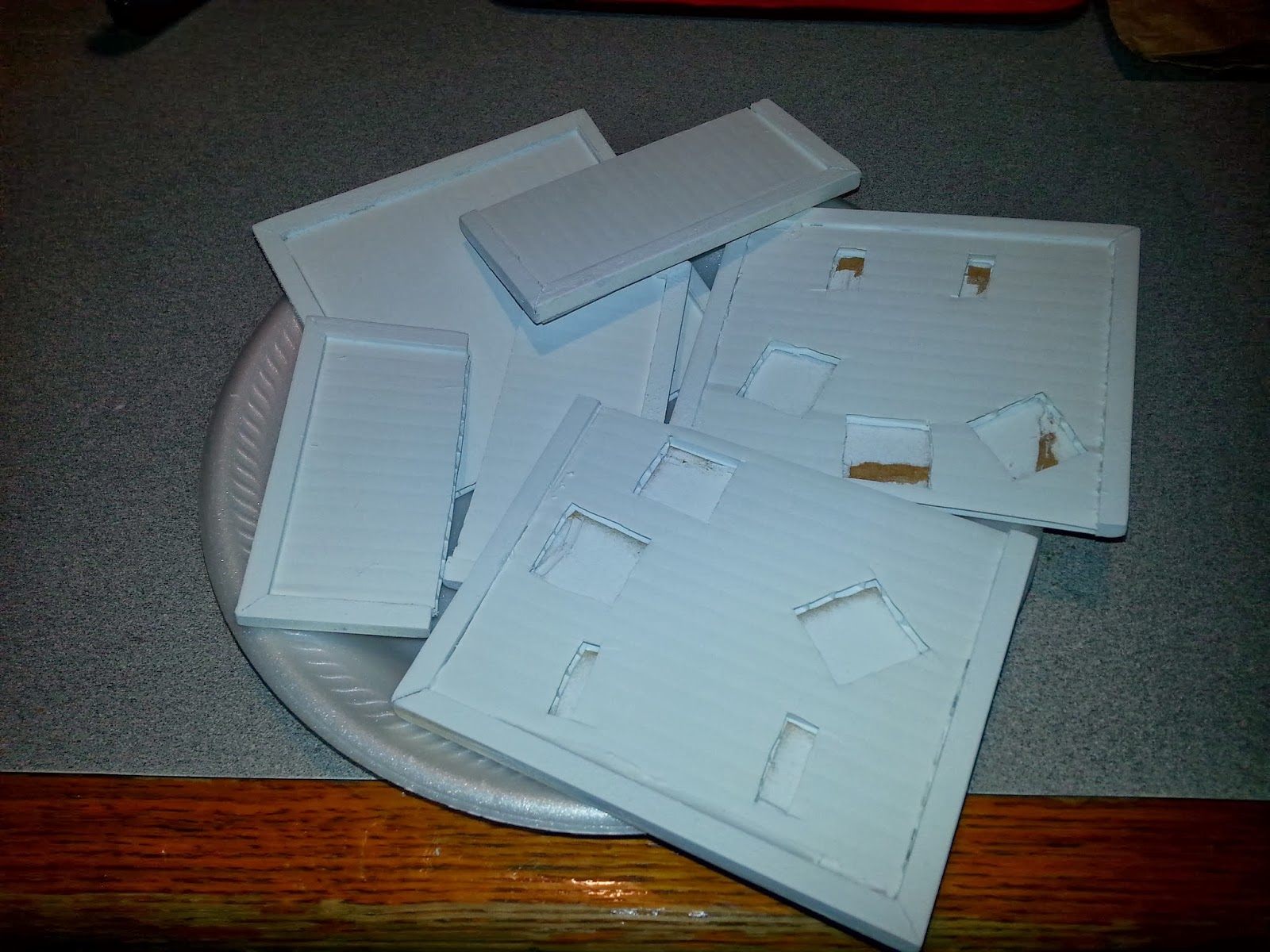 For painting, I mixed up a somewhat close match using mostly craft paint, as it's much cheaper than hobby paints: 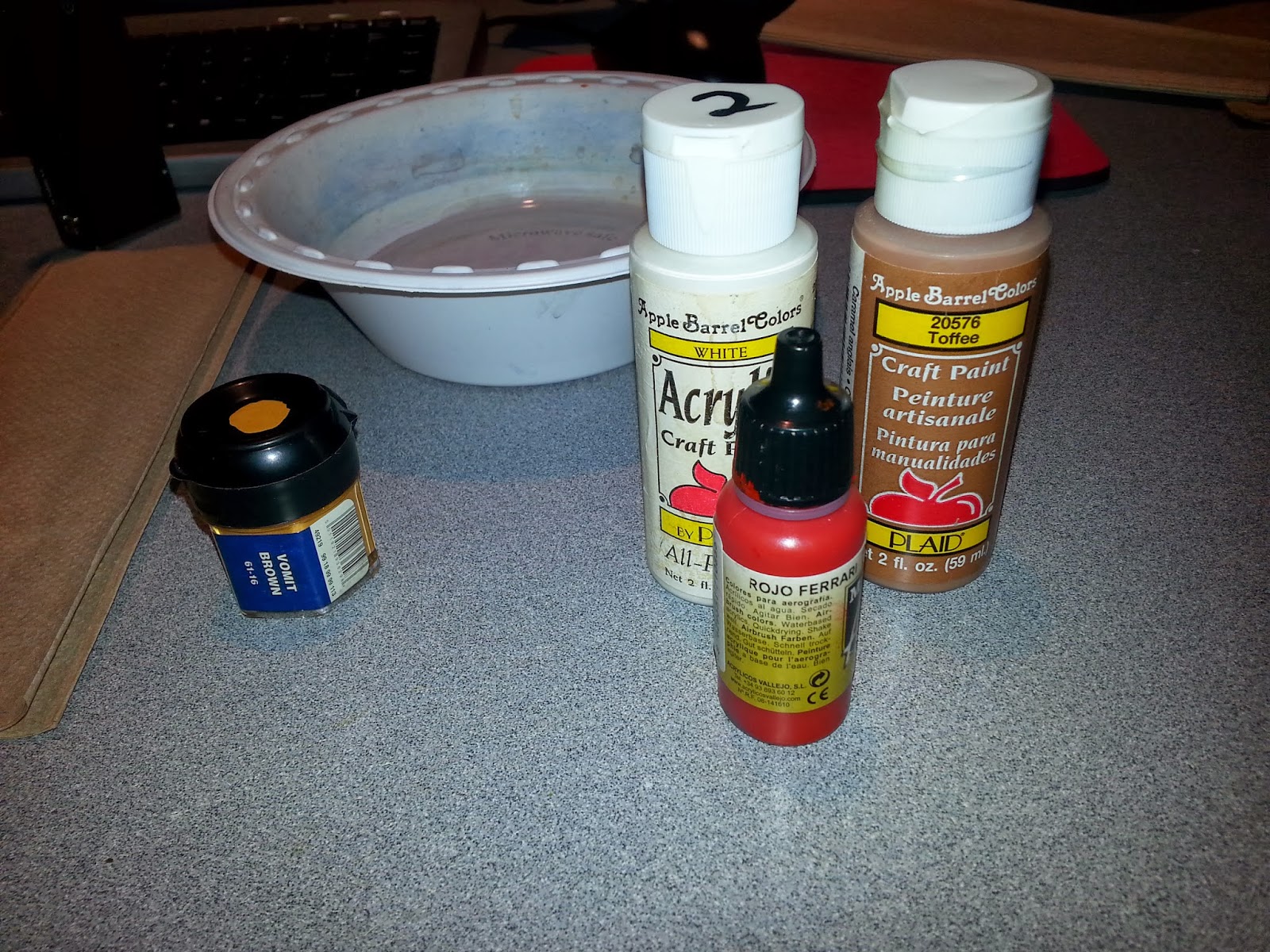 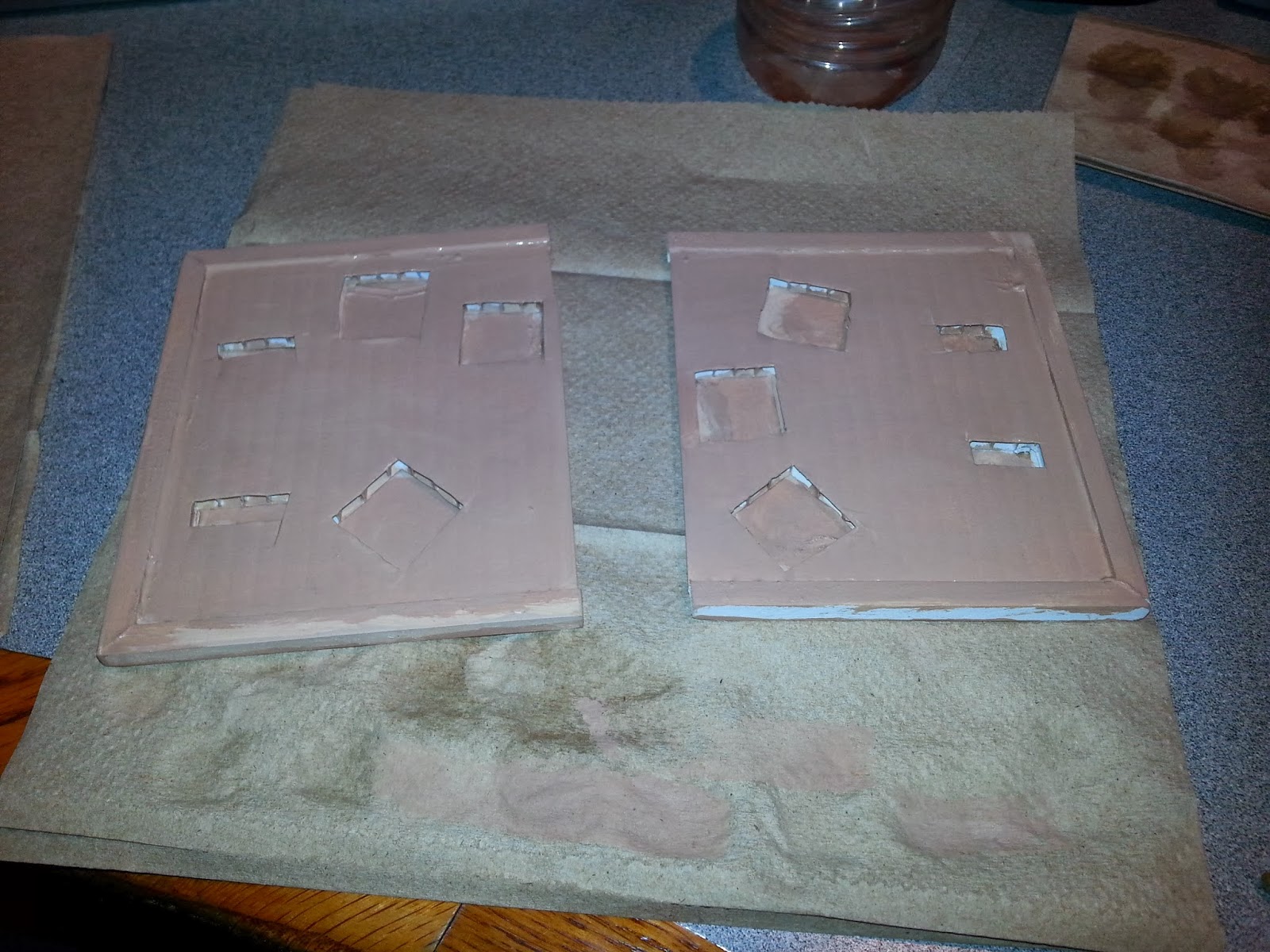 Then, the edges got the same basing treatment as the rest of the army: 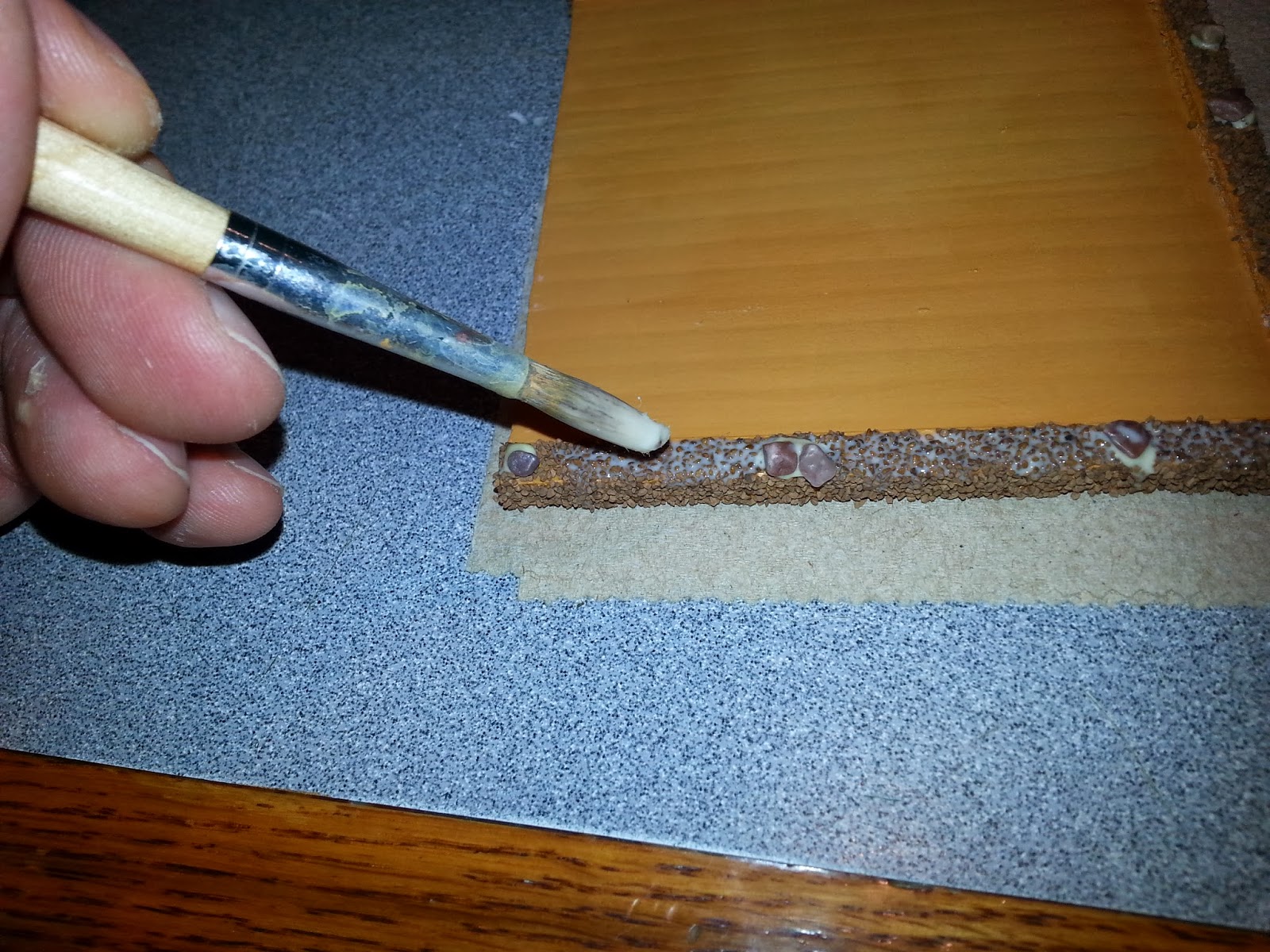 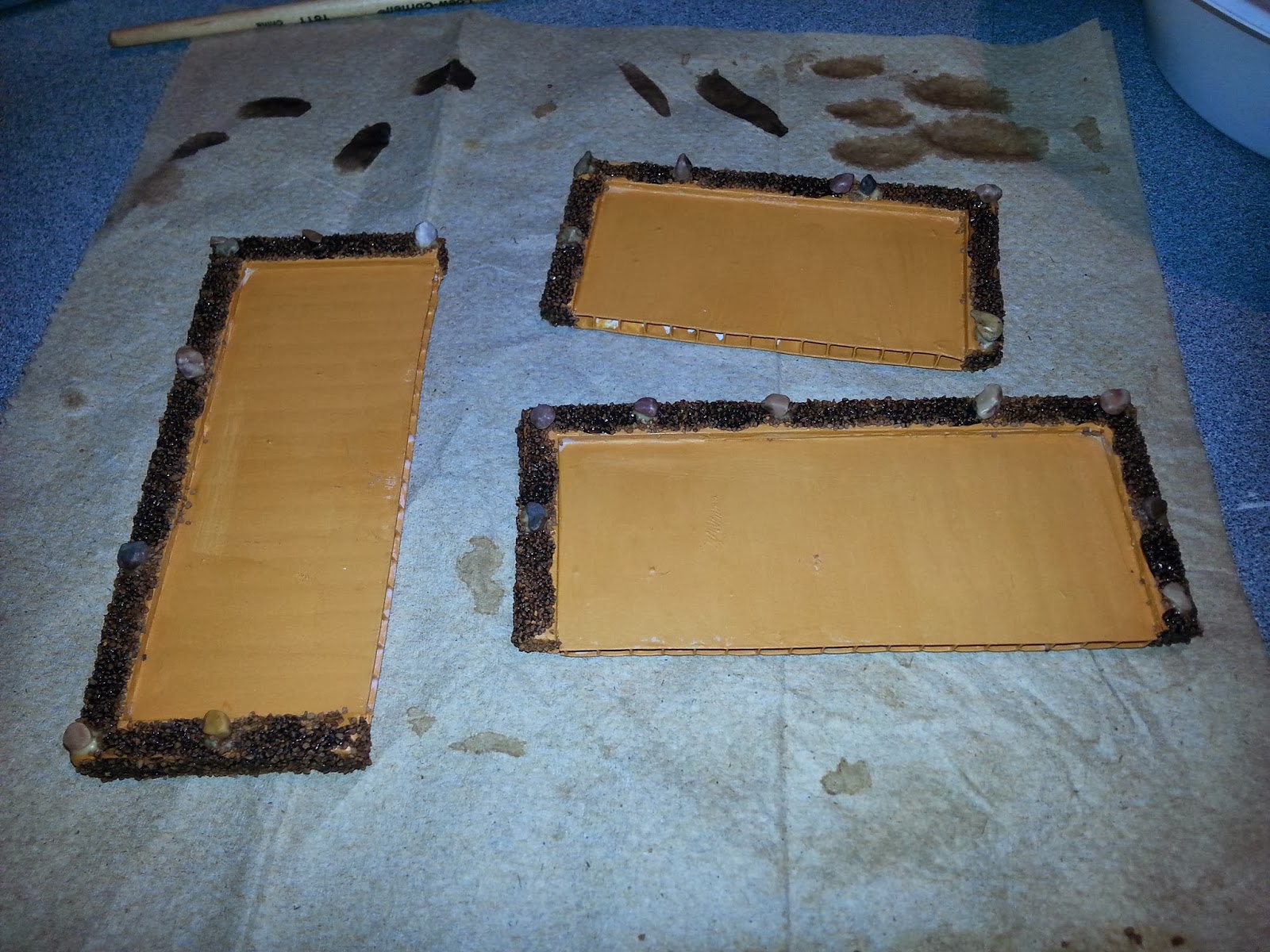 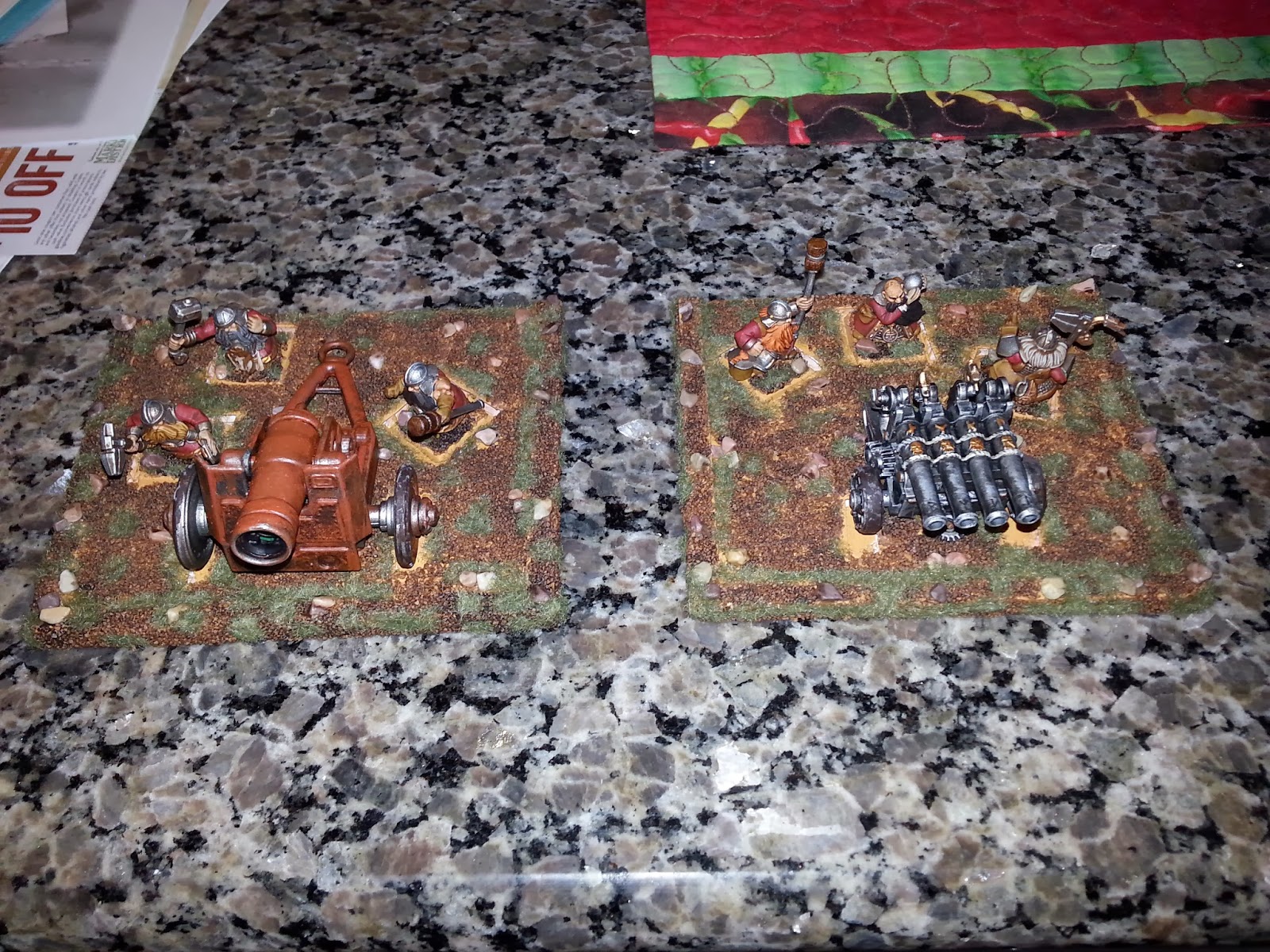 Next: Final product!
Posted by Unknown at 6:30 PM