Well, I had hoped to have some first-hand pictures for you, but a lot of this stuff is apparently on the slow boat from Europe... I've decided to build a Freeboota army. Yeah, I know I'm not the first, but it just sounds like tons of fun to build, so I decided to just go ahead and do it. While there's going to be tons of custon conversion, I am going to be using some aftermarket parts, to at least have a shot of finishing before I retire. Some of the parts I'll be using: 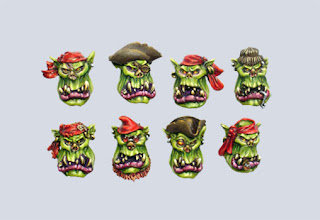 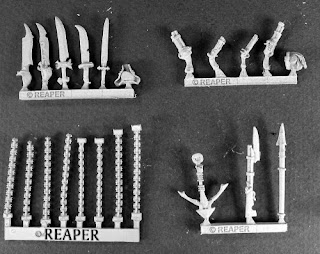 For heavy weapons, the Imperial Arquebus from Freebooter Miniatures: 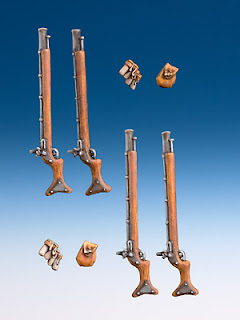 ...and, even though I just cast a hundred or so custom bases specifically for my Orks, I think I'm gonna have to go with the fantastic-looking "Shiver Me Timbers" bases from Iron Halo:

There's going to be a lot of other custom bits as well - stay tuned!
Posted by BigPaul1e at 11:53 PM

Email ThisBlogThis!Share to TwitterShare to FacebookShare to Pinterest
Labels: Orks