...so one of the booths I stopped at and chatted for a while during Adepticon was Broken Egg Games.  They make various cool items, but a big focus is their very cool tournament trays.  "I should get one of these", I thought.

I did get one of these.

...and it promptly got a half-assed coat of primer, and has been sitting on a shelf in my garage for a year.

So anyway, I decided to remedy that - I've actually been playing every week lately, and am halfway considering a tournament in the fall, and a tournament board would come in handy.  However, I needed it to be done as quick and easy as possible, so here's what I did.

Here's what I was starting with: it's the MDF Large tournament tray from Broken Egg Games. 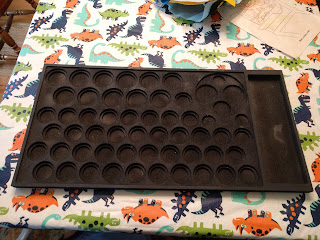 I think I bought the unfinished MDF version because 1.) I'm cheap, and 2.) I originally had grand visions of doing some elaborate custom finish to match one of my armies.  As I said, I started to prime it black, but I vaguely remember the primer going on fuzzy, or I ran out, or something else frustrating, and it got tossed on a shelf.

I gave it a couple more coats of primer - I realized later that the MDF was literally soaking up spray primer as fast as I could put it on.  I'd recommend using a brush-on primer, possibly even a latex house paint -type of primer to save some grief.  I touched up the finish with some brush-on primer: 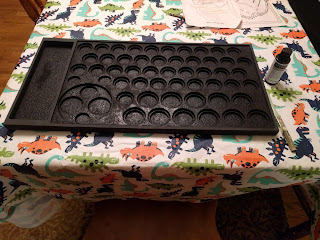 (Note the festive tablecloth, compliments of my wife).

Part of my original plan was to mask the interior of the cutouts to have a contrasting finish - but, I was not relishing the idea of that much time-consuming work with painter's tape and a hobby knife.  I played around with some ideas, like possibly stuffing the holes with poster tack or silly putty, but I'd need a lot of silly putty.  I thought of just using bases, but I didn't have that many spare bases in various sizes I'd need, and I'd still have to mask the slots in the bases.  But wait: remember those MDF blanks I mentioned  I'd bought at Adepticon in my last post? 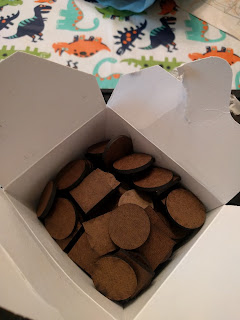 I think I paid $10 for an entire quart-sized take-out container of these.  I stuck 'em in the cutouts that I wanted to mask: 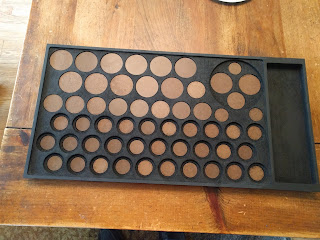 Next, I grabbed a can of Krylon "Natural Stone" finish paint, which is a very easy way to get a stone-like finish.  (Note: they actually make this in a "coarse texture" version, which is what I wanted to use, but they were out of it when I stopped by the craft store): 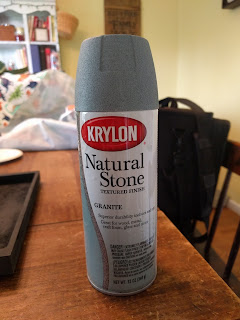 Then I gave it a couple of coats: 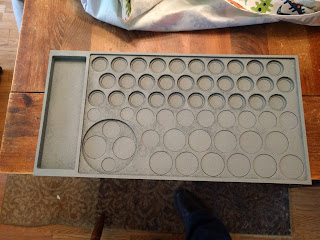 Then I pulled out the MDF blanks: 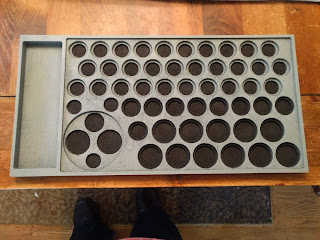 Success!  There was virtually no bleed over into the black areas!

Next, I grabbed some black and some white paint and a small brush, and laid down some quick "cracked earth" effects in the flat areas: 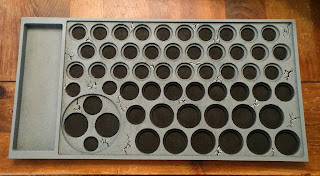 Now, I needed some felt for the dice/token storage area on the side.  (The guys at Broken Egg included a piece of self-adhesive red felt when I bought the board, but it's long since gone missing).  I raided my son's arts & crafts bin and stole a piece of bluish/purple felt: 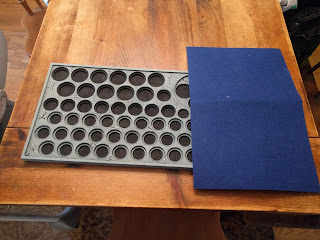 Then I cut it to size: 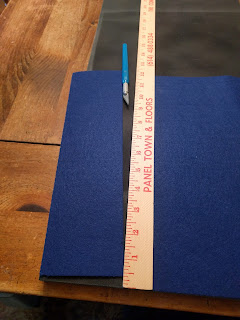 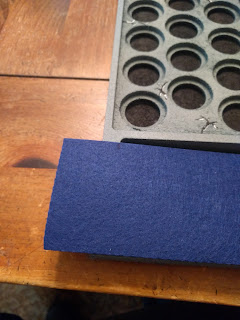 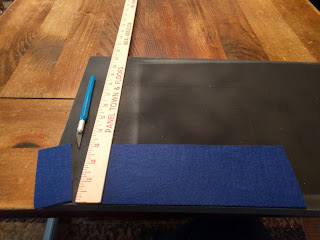 Next, I raided my wife's scrapbooking supplies and stole her cutter that is used to "round" the corners when cutting paper: 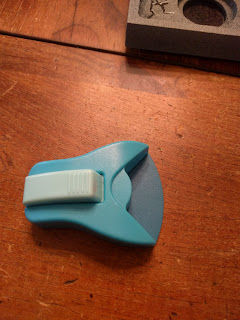 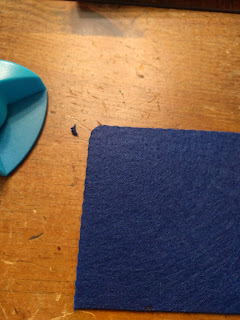 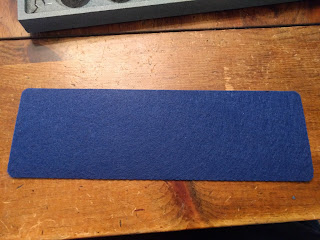 ...then I glued the piece into place with some spray adhesive: 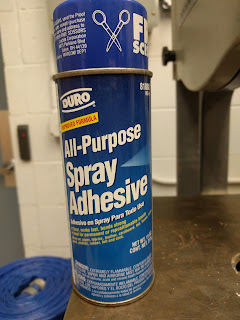 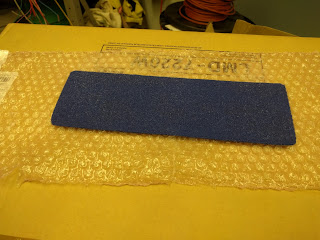 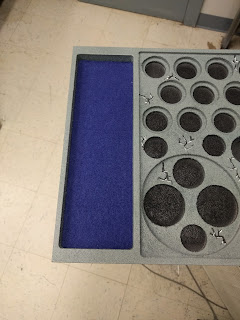 I also painted up some spare bases to use as blanking pieces: 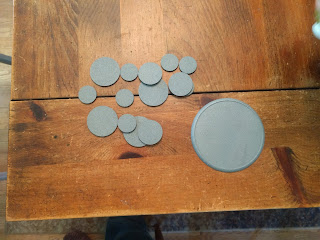 (I had a spare 120mm base, since I bought a custom base for my Judicator).

...as a final touch, I added some adhesive rubber bumpers I got at the home improvement store as "feet" to prevent sliding: 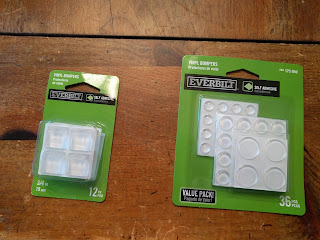 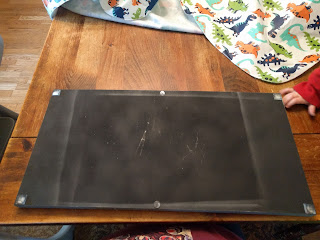 (Note my faithful assistant's hand steadying the project for dad in the above pic).

...and there you have it - one (relatively) quick 'n easy tournament board! 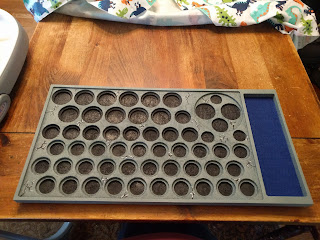