If you follow my Twitter feed, you know I've been putting up photos & hinting about a "mystery project" - this is a scratchbuild project that I've decided to do for a friend of mine for Xmas.  I'll be putting up occasional pics to give hints about what it is, and will hopefully have a successful unveiling when it's finished.  I will say that while it's technically a "model", it's not really related to any miniature/wargaming universe - I guess the most accurate way to describe it would be a "replica prop", and I'm going to be using parts from lots of different sources. 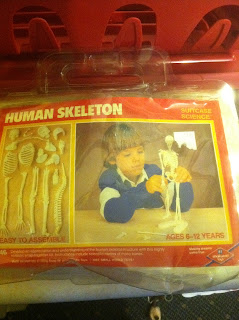 Email ThisBlogThis!Share to TwitterShare to FacebookShare to Pinterest
Labels: Scratchbuilding

(LOL, the title is just having some fun w/ the haters).

I picked up my first FineCast model the other day: 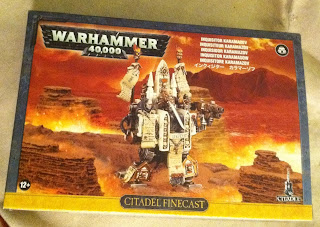 ...Inquisitor Karamazov on the Throne of Judgement - the last model I needed to build my Grey Knights list.  I was looking for one of these for quite a while, but nobody had it in stock (I even scoured all the cons I went to this summer) and all the ones that were showing up on eBay were either in sad shape or so-called "pro painted" (yeah right) and they wanted a fortune for them - I actually kept back a little bit of the spending money that I took to GenCon, and as soon as they released the FineCast version I snapped one up.  (This was actually the first time I've bought anything direct from GW's website, now that I think about it - I always had my local shop order stuff from Direct for me).  I haven't built it yet, so I can't speak to what the FineCast is like to work with, but I examined it pretty closely, and it doesn't appear to have any bubbles or other problems  like I've heard about on the Intarwebs.  My Grey Knights are at least 3rd in line to be built behind other armies that are sitting on the shelf, but I might have to go ahead and build this model early - it's one that I've always thought was extremely cool ever since I got into 40K, and I'm kinda chomping at the bit to paint it...
Posted by BigPaul1e at 4:00 PM 7 comments:

A Winner Is You! 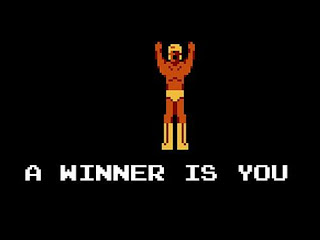 ...you might remember my Karchev the Terrible warcaster model, which I built & painted using some cinematic effects from Armorcast: 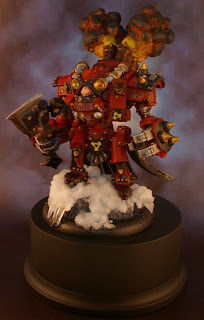 ...well, I'm happy to report that the model won first place in the "Vehicle or Monster" category in Armorcast's first annual cinematic effects contest!  Much thanks to sponsors Armorcast & Battlefoam for putting on this contest!
Posted by BigPaul1e at 4:00 PM 7 comments: 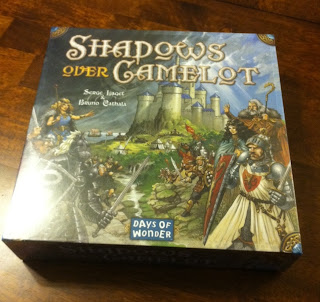 I spent most of the other morning reorganizing my painting area: 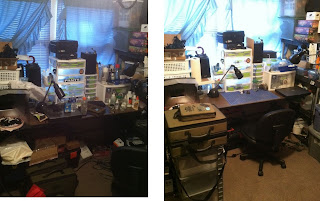 I added the cart in the foreground to store all my terrain/basing materials, and have my paints organized into the Battlefoam P.A.C.K. 216's on top.  I'm going to have to purge some stuff out of this room in order to make some space, and all the stuff I acquired at Adepticon & GenCon this year didn't help... I'm really looking forward to when we start seriously house shopping in a year or so, when the wife finishes school - I need a basement to serve as a dedicated game room!

Email ThisBlogThis!Share to TwitterShare to FacebookShare to Pinterest
Labels: Tips

I finished a Winter Guard Mortar Crew the other day: 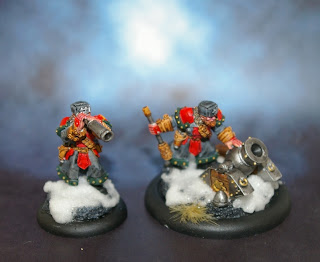 ...as I said in the post about my Winter Guard Infantry, the reds don't look as intense in person as in the photo.  I'm pretty pleased with how the wood grain & the metallics came out on these models.  This unit has proven to be invaluable in games, I'm working on another one right now...
Posted by BigPaul1e at 4:00 PM 1 comment:

I got a great new accessory for my studio - I'm really hoping it helps take my painting to the next level: 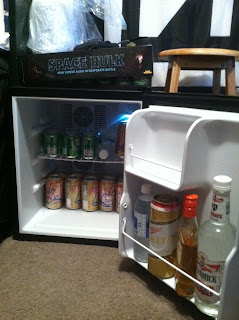 ...well, it'll definitely have some kind of effect on my painting, anyway :-)  I've wanted one of these for a while, since I hate having to run downstairs for a cold drink during marathon painting sessions - I saw them really cheap at a back-to-school sale, so I grabbed one.

And of course I had to make sure it matched the decor: 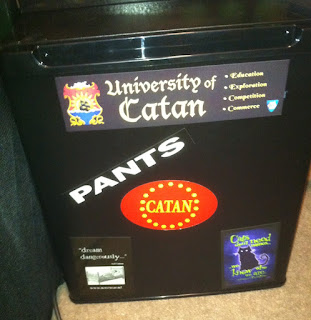 I got my Winter Guard Infantry painted: 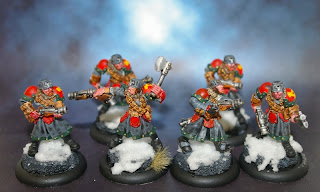 I cranked these out pretty fast - for some reason, I'm really adopting speed over technique when it comes to painting most of my Warmachine models.  I'm pretty pleased with them - the red doesn't look as intense in person as it does in the photo...
Posted by BigPaul1e at 4:00 PM No comments: 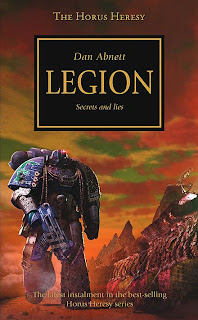 I just finished the seventh book in the Horus Heresy series, Legion by Dan Abnett.  Previously I'd heard a few people on different blogs & podcasts say that this book was the stinker of the series - maybe I was just ready for a change of pace, but I loved it.  I can see where some people wouldn't like it, as it has much less of the cinematic action sequences that some of the other books have, and the majority of the book doesn't show that much of the Astartes at all - what it does do much better than many of the other books, however, is show some truly three- dimensional characters.  The book is mainly centered on John Grammaticus, a powerful psyker working for The Cabal.  The Cabal is an organization that is many thousands of years old, made up of myriad different xenos races, whose ultimate goal is to defeat the powers of Chaos - it turns out that the Alpha Legion plays a pivotal role in this battle.  I won't give away the story, but I did not see the ending coming at all - it really expands the scope of the Heresy, and the choices some of the characters have to make really illustrate just how big the conflict is.  I found John Grammaticus extremely interesting, and think he's compelling enough that Abnett could easily spin the character off into a dedicated series of his own.  I also found the Alpha Legion fascinating, and would love to read another book that gave move detail about the way the operate.  Overall I enjoyed the book tremendously, and I'd have to say it's one of the standouts of the series for me so far, along with Fulgrim and The Flight of the Eisenstein.
Posted by BigPaul1e at 4:00 PM 4 comments: