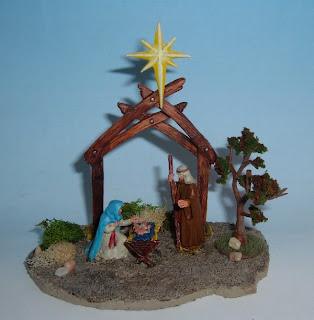 My wife absolutely loves Christmas - the music, the TV specials, and especially the decorations.  She's a pretty talented hobbyist in her own right (although her medium of choice is usually fabrics & thread).  Since she's so patient and supportive towards my hobbies, I really wanted to make her something for Christmas - so, when Reaper announced that they were producing a nativity scene this year, it was the perfect opportunity.  The only problem is that they didn't release it until November 29th - and I had to have it ready for Christmas! 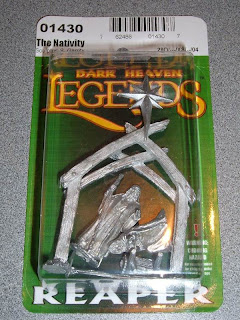 ...here's the kit as it came from Reaper.  It was a bit pricey, but it's a very nicely done, large piece.

I thought about leaving the pieces loose so they could be arranged under the tree every year, but throughout my childhood we always had to dig through dozens of boxes of Christmas decorations looking for the lost baby Jesus, or Joeseph, or the manger, etc. - and that was with a regular-sized nativity scene.  I figured a 28mm nativity scene would be a nightmare of lost pieces, so I decided to base it.  For this I used a hardboard panel: 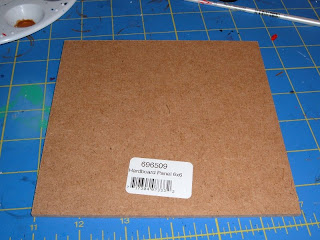 ...I added a bunch of these in various sizes to my last order from Dick Blick - they're pretty cheap, and handy to have around.  I traced a random shape onto the panel with a permanent marker, and then used a coping saw to cut it out: 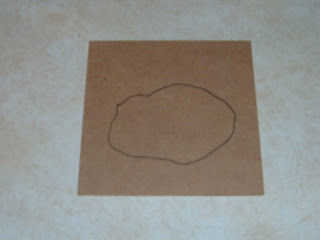 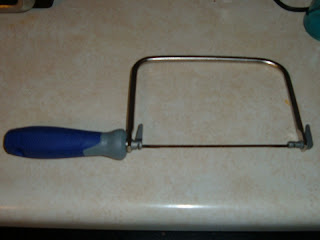 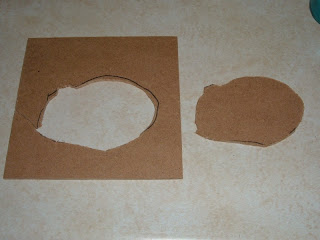 Here's the arch with a rough basecoat: 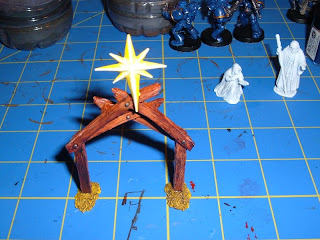 ...and glued down to the panel: 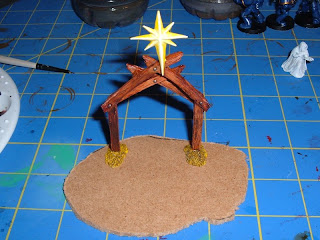 I used craft paint to basecoat the hardboard - it's much cheaper, and covers better in applications like this: 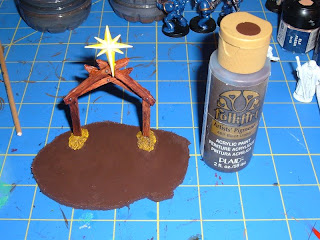 ...and at some point in the project, taking pictures took a backseat since I was rushing to get done - I was sneaking away to my studio and working on the nativity for 10 - 15 minutes at a time, so my wife wouldn't realize I was doing it.  On top of that, some parts of this project were a bear - I did all the wood with inks (similar to how I did my Freeboota bases), and the finish would chip off if you looked at it funny.  The basing turned into an absolute fiasco, and I wound up having to scrape all of it off the hardboard and start over.  But, here's the finished product: 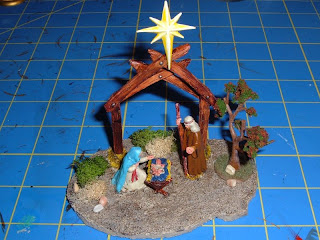 The tree is a chopped-down-to-size Woodland Scenics piece, and the shrubs are from a bag of moss I picked up at the craft store: 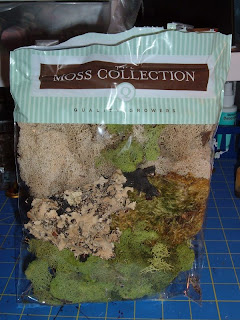