...for my Warmachine army, I decided I wanted them to have custom bases.  Since I was dealing with a fairly small model count (at least compared to 40k), I didn't feel it was necessary to cast my own bases.  At the same time, I've been trying to ease up on the hobby spending a bit lately, so I didn't want to buy ready-made bases.  I decided to try to make my own bases from scratch.

Since my faction of choice is Khador, the first thing I think of when looking for a style is "Siberia" - a barren, snow-covered polar desert / tundra.  I decided to try a "rocky" base, and I've really been wanting to try out the crushed glass bundle from Secret Weapon Miniatures, so I would use that for the snow effect.  I put in the order with Secret Weapon and set about making the bases.

I'm starting out with sheets or cork: 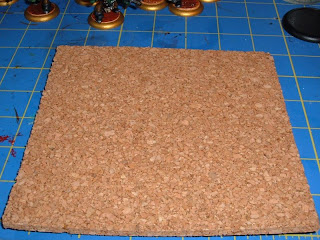 You should be able to find these at a craft store.  You can also find larger squares at the home improvement store, or rolls at the office supply store (although the rolls will be thinner, and you may have to "stack" several layers to get the desired effect).  If I was working with the flat GW-style bases, I would just break off chunks and glue them down.  For the Privateer Press/Dark Age -style bases, I try to contain the scenery within the "lip" of the base - I just feel it's a better look.  I grabbed a base, put it face-down on the cork, and traced around it with a pen: 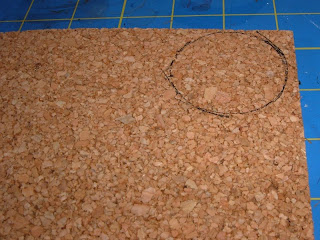 Then I cut it out with a sharp hobby knife: 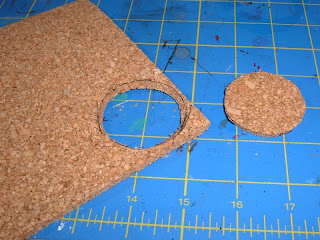 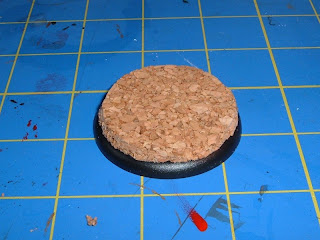 I trimmed around the edges until it fit within the lip of the base.  For doing multiple small bases, I do the above, then trace the trimmed-down cork insert from that point on: 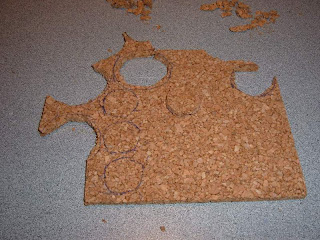 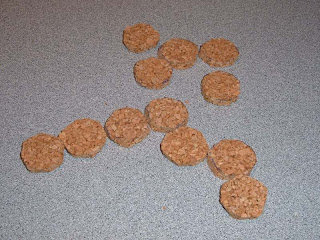 For larger bases, I actually cut apart some areas of the cork insert: 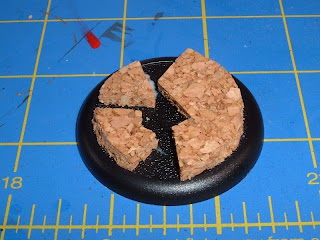 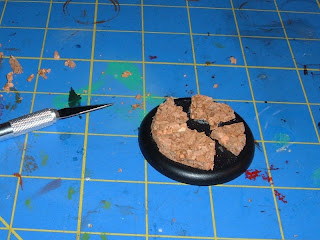 For the smaller bases, the models will need every available bit of the surface area for footing - instead of cutting away any of the base, I used my hobby knife to cut "chips" out of the edge, and small "trenches" into the surface of the cork: 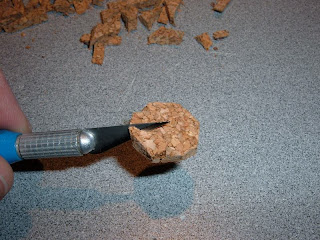 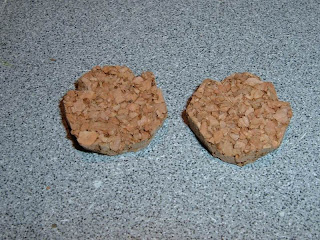 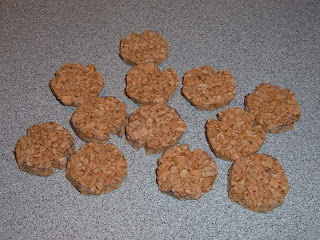 I made sure to use a fresh blade in my hobby knife - I'm trying to give the impression of slate or a rock that has chunks & pieces that break off and leave jagged edges.  The cork is also a bit "springy" and requires a sharp blade to cut easily - using a dull blade is good recipe for injury!

I used PVA glue and glued the cork inserts to the bases: 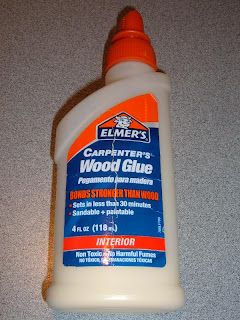 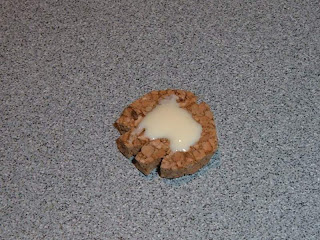 I let them dry upside down, so the glue wouldn't drip out of the slot on the bottom: 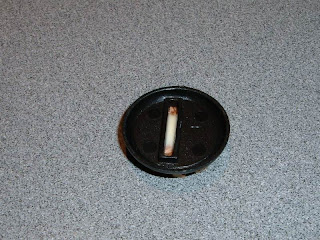 The cork gives a good starting point, but often when it's painted it obviously looks like corkboard.  To disguise them a bit I gave the bases a coat of PVA glue: 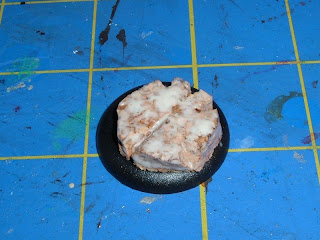 Then I dunked them in my bag of basing sand: 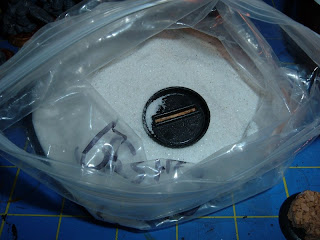 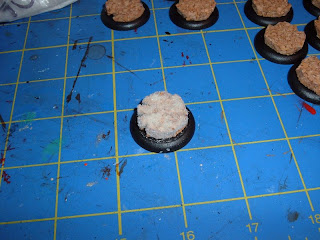 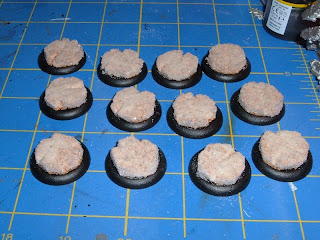 To really "lock down" the sand, I gave the bases a coat of white primer.  This also makes the bases a bit stiffer, and provides a better surface to mount the minis to: 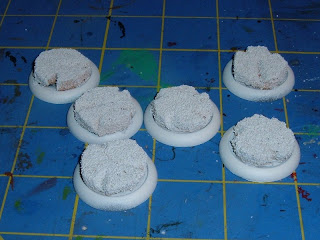 All of the Warmachine minis that have been waiting for bases get pinned to their new bases: 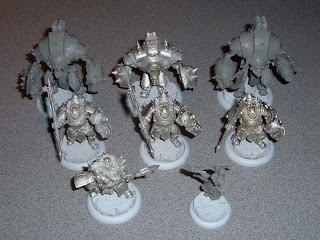 Stay tuned for the snow effect and painting!
Posted by BigPaul1e at 4:00 PM