Our gaming group got together a little while ago and played another round of  Gamma World: 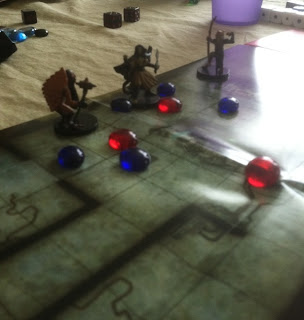 Eeek, killer robots!
I had a great time at this session, and am starting to feel more at home with the system - I felt like I made a lot better use of the Alpha Mutations &  Omega Tech this time around.  I had an awesome moment in the second combat: 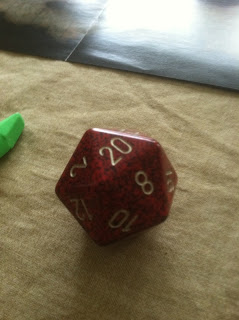 Natural 20, fools!
...after which I was immediately knocked unconscious for several rounds.  (I've found that our GM is not shy about handing out beatings in Gamma World).  I think we're close to the end of this particular adventure - I look forward to seeing how it ends!
Posted by BigPaul1e at 4:00 PM

Email ThisBlogThis!Share to TwitterShare to FacebookShare to Pinterest
Labels: RPG