So, I spent the first part of the year trying to get my hands on a Khador Conquest - My FLGS had one, but I never seemed to have the extra cash in the budget, and I went to both Adepticon & Origins with the colossal at the top of my shopping list and cash in pocket, but none of the vendors had one.  I finally resolved that it was going to be my "must-have" purchase at GenCon - but a couple of weeks before we left, I happened to find a seller on eBay that had the model for $20 less than my FLGS (which is usually 10-15% cheaper that MSRP).  As much as I love to support my local shop and the vendors at the cons, It's hard to pass up saving forty bucks on a model that's this expensive.  I ordered the model and got to assembling it shortly after we got back from GenCon.

My first order of business was to thoroughly clean ALL the mold lines, flash, etc., from every piece of the model - I had spent a lot of time lusting after this model, and a lot of money; I was damn sure going to build it to the best of my abilities. 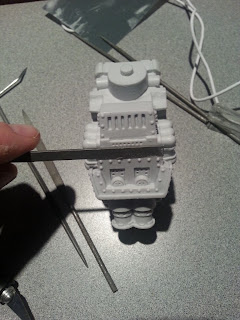 Initially, I was impressed with how little work the three main body pieces needed - unfortunately, this trend did not continue: 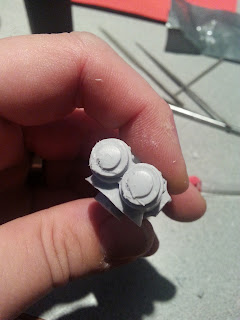 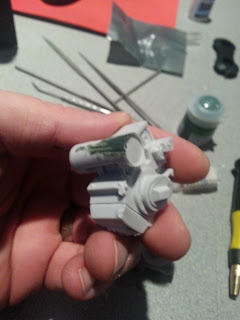 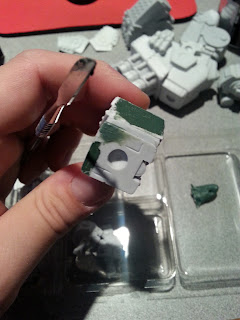 The wide, flat expanses were the worst - some entire sections needed a skim coating of putty, which was sanded flush after curing to make it flat.  Liquid Green Stuff made this job a lot easier. 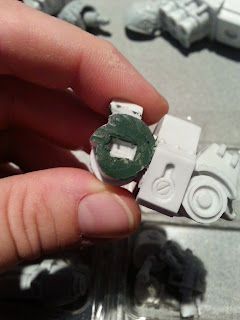 It was hard to tell if the leg joints were supposed to be flat, or the offsets were intentional - either way, they didn't work.  The whole area needed to be reshaped 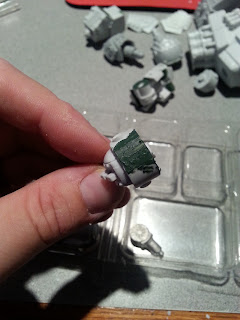 Air bubbles on the shoulder needed to be filled 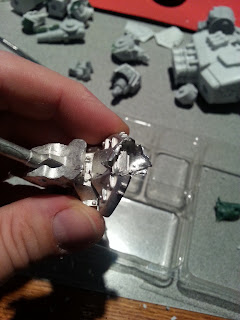 Lots of flash on the feet / rear legs.  Surprisingly, the metal parts of this kit were overall easier to work with than the plastic pieces 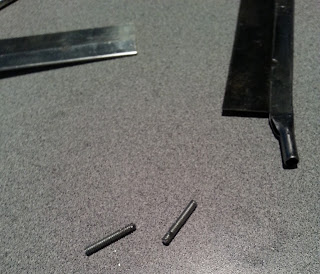 I actually ran out of heavy-gauge brass rod while building this model, and paperclips weren't gonna do the trick - to improvise, I sawed the heads off of some machine screws. 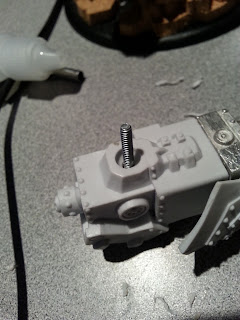 This actually worked quite well, and was extremely sturdy! 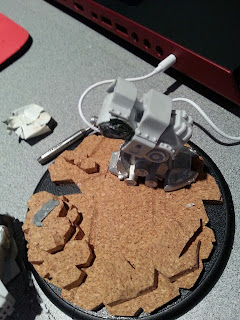 After the legs fell apart for the third time, I added one of the machine-screw pins there, too 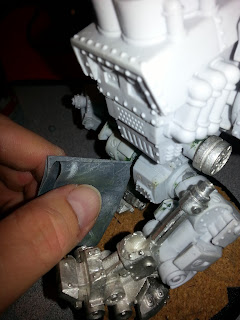 \
The legs falling apart required a lot of removal / re-shaping of the green stuff work I did previously.  The Testor's Sanding Films were a lifesaver here 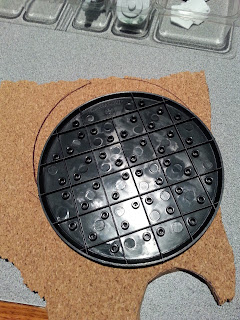 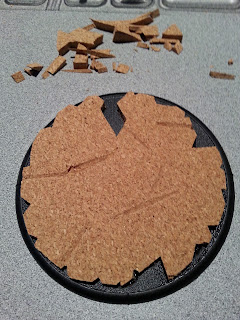 Base layer glued down 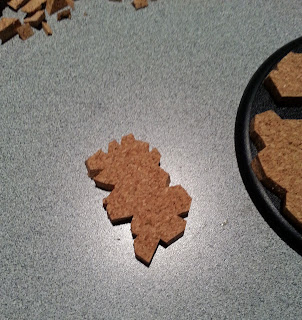 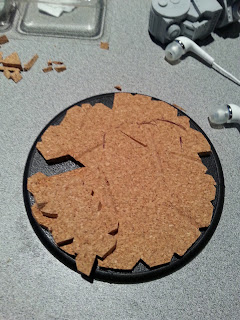 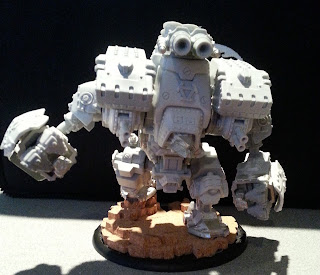 ...needless to say, the kit was a bear to put together & finish to a decent standard.  I've never really worked with a 28mm model this big before.  I've heard that the Forge World Titans can be a huge pain to build, but I've mostly heard people attribute that to the age of the molds - Privateer Press really can't use that excuse.  I have some (albeit very basic) experience with casting, and even to a rank amateur like me, some of their choices on where they placed the mold vents puzzled me.  Also, this particular model could have used a bit more detail with the instructions than the included 4"x5" diagram - I built the arms wrong THREE FREAKIN' TIMES until I finally figured it out (the "collars" that the hands attach to are fairly plain, but have to be attached in a particular direction for the arm shields to attach properly).  Soon, I'll be painting this model using some techniques I've never tried before - check back soon!
Posted by BigPaul1e at 6:30 PM