Scored some used models off the Intarwebz a little bit ago: 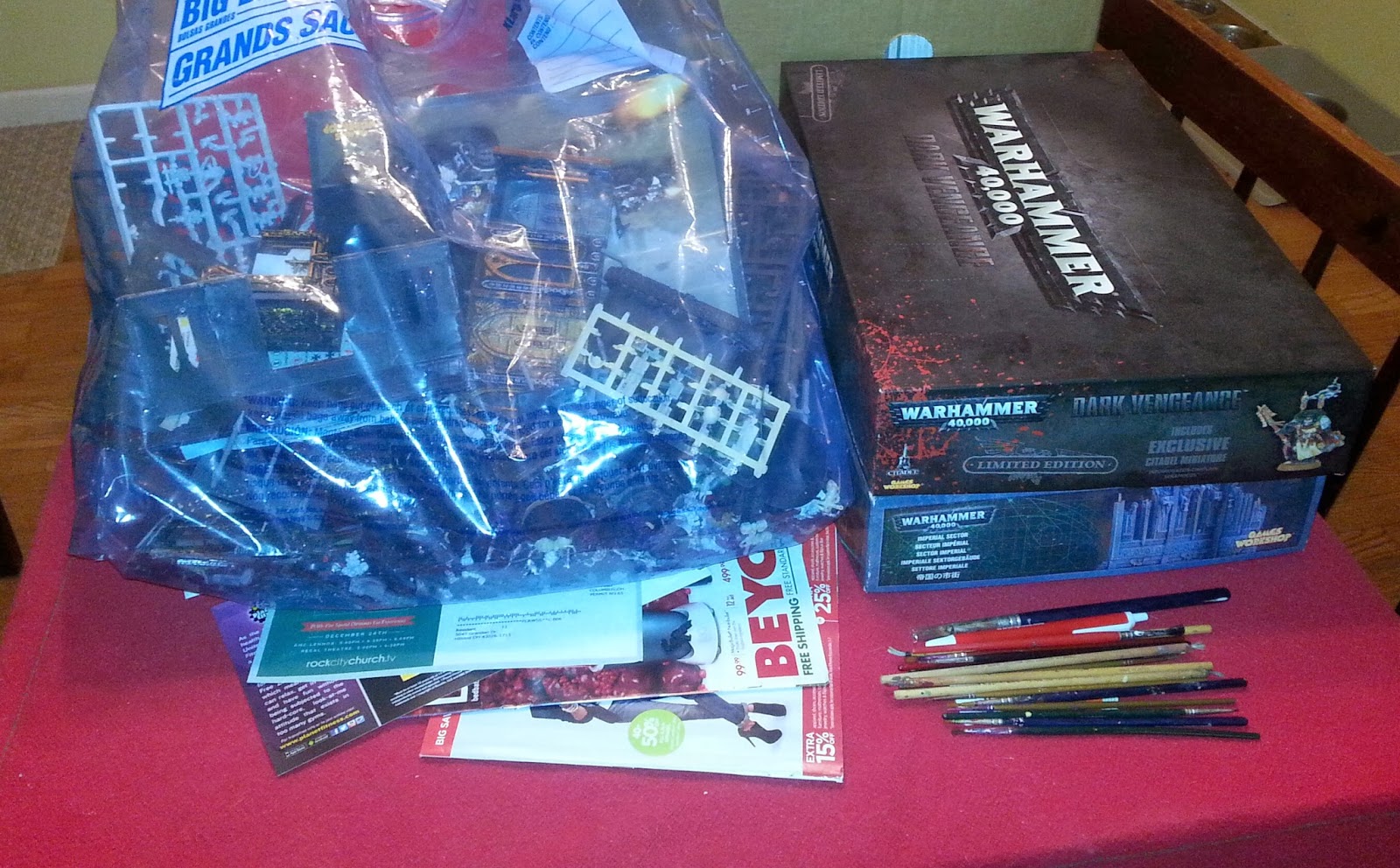 ...I saw a post on a local forum for a moving sale, and there was a casual mention of "some Warhammer stuff".  Just for the heck of it I emailed the guy - turns out he had three 3,000+ pt. armies for sale!  Unfortunately I didn't have much in the way of spending money at the time, but I was able to strike a deal for most of the unbuilt/partially built DA stuff he had, plus a ton of miscellaneous sprues & terrain.  In all, it looks like I got:

-2 boxes of Cities of Death terrain

...so overall, a good start.  I'll probably build the Immolator first, as an Exorcist (I already ordered a resin turret & some Scibor bits for it) since it can be allied with my Grey Knights & (I think?) my Black Templars.  And both those armies are... um... still waiting to be built.  Along with several thousand points of Orks.  And a Fantasy Orc army.  And a Kreig army...