...it almost seems like a cosmic law that when a good deal comes around, I won't have any money.  Or, I'll have money saved for a very specific purpose, and an amazing deal will pop up elsewhere (this was the first year in recent memory, for example, where a too-good-to-say-no Craigslist deal on a new army didn't pop up a week before Adepticon).

So, I was a bit shocked when I found myself with a little bit of extra money in my bank account when this email showed up in my inbox: 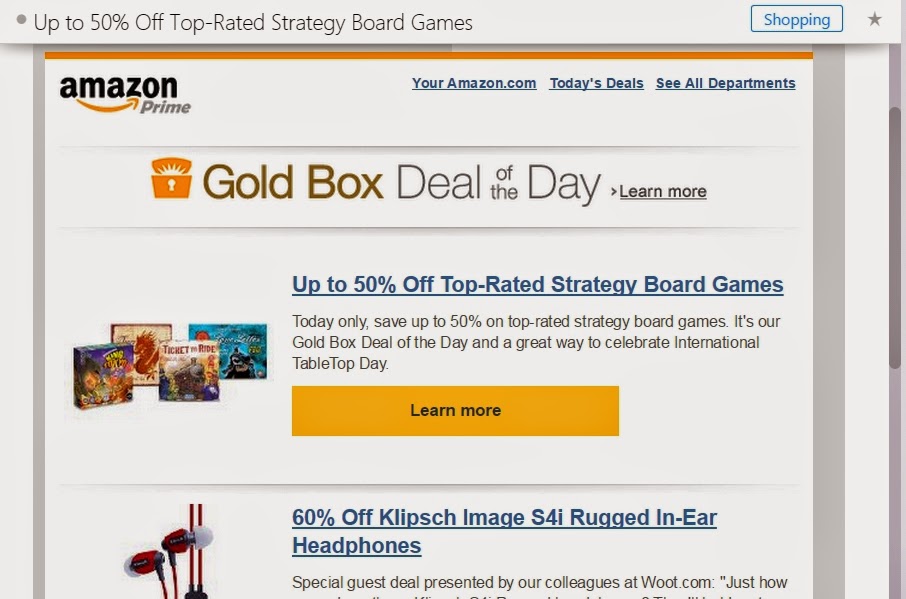 (A friend recently informed me that Amazon does this sale every year to coincide with International TableTop Day).  It had been quite a while since I had added any board games to my collection, and they actually had a pretty good selection - I wound up grabbing Tsuro, Love Letter, and Forbidden Island: 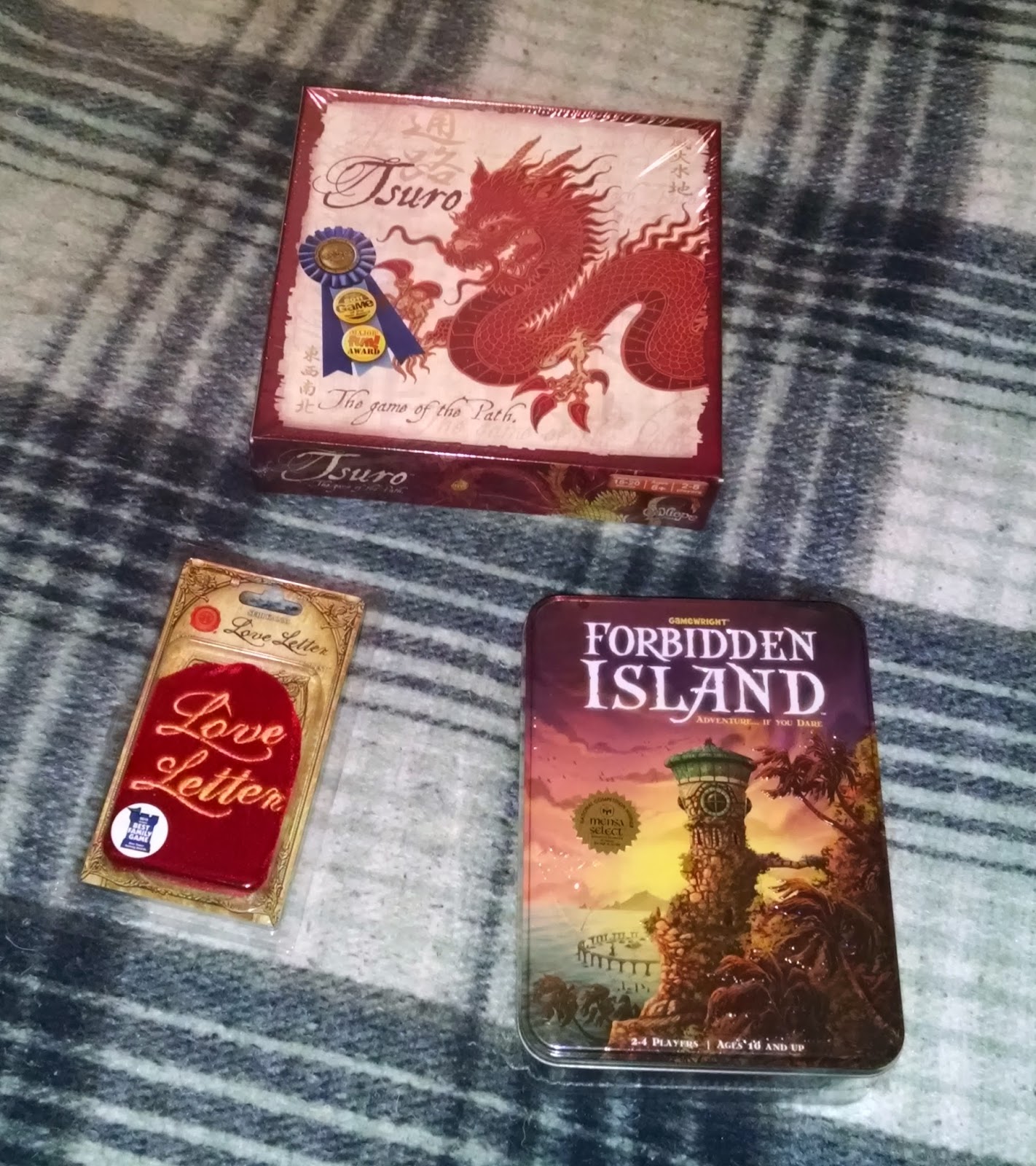 ...all of these have been on my wish list for a while - I was reeeeally tempted to pick up a copy of 7 Wonders, because it was crazy cheap, but I wanted to focus on games that are known to play well with two players, since it's just my wife & grabbing a quick game a lot of the time.  I was also flip-flopping on King of New York just because I've heard good things about it, but they sold out while I was trying to make up my mind, saving me from making a decision.

Once I get a few plays in with these, look for a review!
Posted by BigPaul1e at 7:30 PM